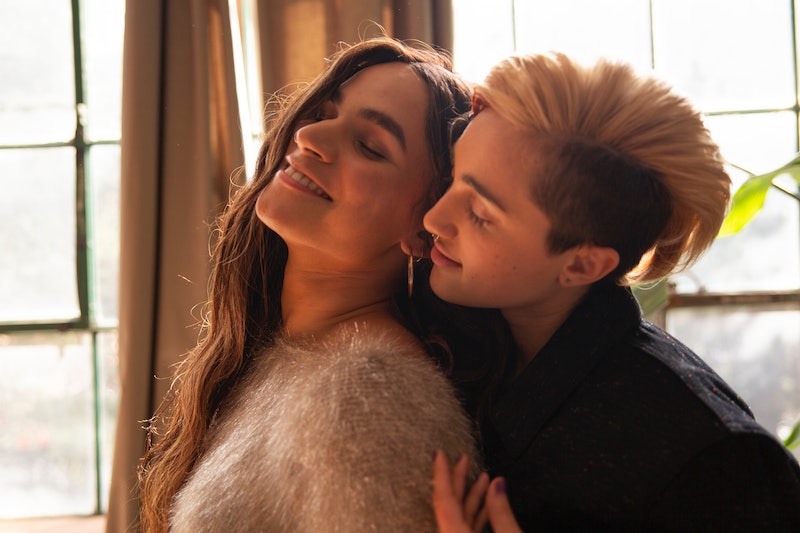 Nobody wants to fake an orgasm, but if you've done it anyway, you're in good company. One study in the Archives of Sexual Behavior found that 76% of women and 41% of men had faked it, with the number one reason being that people wanted their partners to feel like they'd done a good job. It's understandable given the enormous amount of pressure put on orgasm as the goal of sex.

However, in the process of trying to please our partners, we often shortchange ourselves by faking orgasms. "The best way to start having real orgasms with your partner is to stop faking them," Vanessa Marin, sex therapist and creator of Finishing School: Orgasm With a Partner, tells Bustle. "It's just so hard to experience real pleasure with your partner if you're invested in putting on a good performance of fake pleasure. I know it can feel daunting initially, but I can say from personal experience that it's so worthwhile in the end."

Once you've started faking orgasms, it can feel like you have too much momentum to stop. But as these people prove, it's never too late to start your search for genuine pleasure. If you want to stop faking orgasms, here's a guide to talking to your partner about it, and here are some stories that might inspire you.