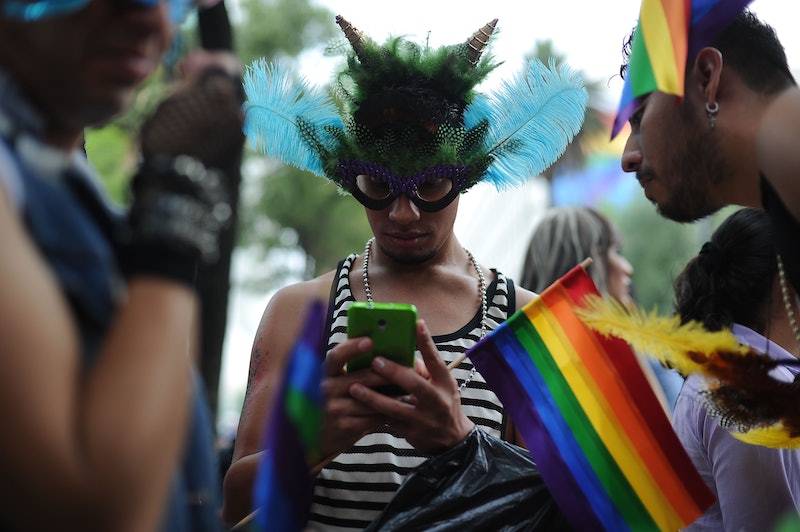 I don’t know about you, but I feel like attending protests is patriotic as hell. Americans have been protesting since before we were even Americans, after all. (Ahem, the Boston Tea Party.) Plus, thanks to the First Amendment, all Americans have a constitutional right to collectively resist the U.S. government in general and American lawmakers in specific. And we should exercise it. That said, as we saw with the tragic death of protester Heather Heyer in Charlottesville last month, protests can readily turn violent. Plus, as we learned from Black Lives Matter protests, there's a strong likelihood that law enforcement will try to break up the demonstration, which could lead to your arrest. So before you head out to your next march or rally, you might want to download the apps all protestors need to your smart phone.

The fact is, even peaceful protests can become chaotic, and mellow protests can escalate quickly. So no matter how peaceful you might be as a protester, you should probably be prepared for the worst case scenario. Personally, I’ve never been injured, found myself separated from friends, or gotten arrested at a protest — but that’s not always how these things turn out. So now that I know there are apps that help protesters protect themselves and their loved ones, I’m downloading a few of them before my next march. If you’re planning to attend a protest soon, then you might want to consider doing the same.