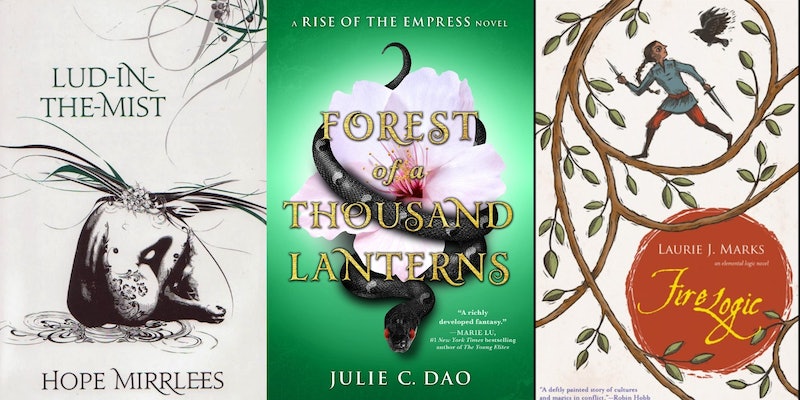 Like science fiction, mystery novels, and toy-based children's cartoons from the '80s, fantasy is one of those genres that gets adapted a lot these days. It feels like we're seeing more high fantasy on TV and film than ever, which is good news if you're a fan of swords and dragons and elaborate Game of Thrones fan theories. But it also means that a lot of great fantasy books are going unrecognized. If your fantasy reading has only covered J.K. Rowling, George R.R. Martin, J.R.R. Tolkien, and all the other big-name authors with J's and R's in their names, then you've just barely scratched the surface of all that the genre has to offer. Here are a few fantasy gems that deserve a little more attention.

Of course, these books do already have their dedicated fans out there in the vast wilderness of the Internet. I don't mean to suggest that they've been languishing unsold in bookstores for centuries. But these books don't quite have the wide, Hogwarts/Westeros/Middle-Earth level following of some fantasy epics, and they could really use some extra love. Here are a few of the most thrilling, creative, and beautifully written fantasy novels that deserve far more attention: