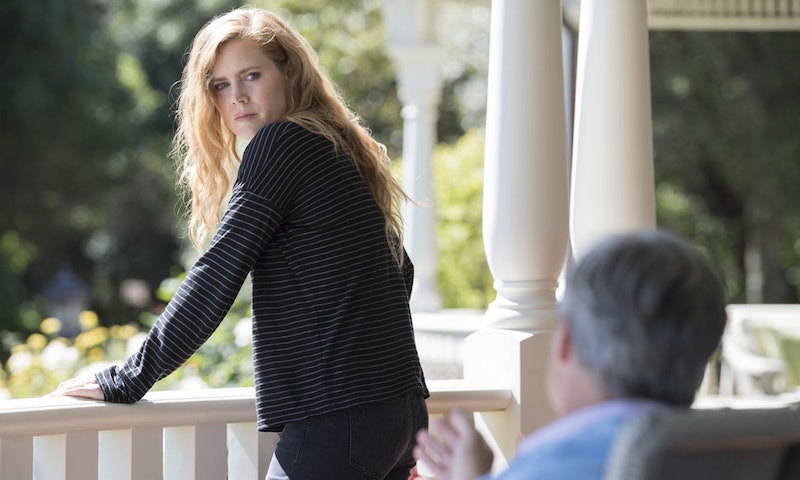 I can still remember opening to the first page of Gillian Flynn's Sharp Objects nearly three years ago. Within a handful of hours, I'd burned through most of the book, pulled in deep by the voice of Camille Preaker, the protagonist and narrator of Flynn's 2006 literary debut. After Sharp Objects, I began to seek out books with unreliable narrators. Because it wasn't just the terrifying plot points or Flynn's electrifying neo-noir aesthetic — it was the spell Camille's voice cast over my brain, lulling me into complacency until pinpricks of doubt began to set in. Could Camille be trusted as the narrative voice? And if not, then could anyone be trusted?

The term "unreliable narrator" was coined in the 1960s by literary critic Wayne Booth, though the technique — establishing a first-person narration and then chipping away at their reliability as unbiased truth-tellers — has been a storytelling technique since, well, people first began telling stories. Booth saw literature as a "compact" between the author and the reader, and at the heart of this complicated relationship was rhetoric, persuasive, narrative writing. And it brought into focus an uneasy, nebulous question: how often do we convince ourselves of something other than the truth? And when we engage in that act, are we conscious of it?

Within the world of fiction, the use of an unreliable narrator preys upon our inherent trust in the voice guiding us through a story. There's a reason so many of these books are classified as "horror" — self-doubt in our ability to see the world as it really is, a shaken trust in our concepts of reality, are bone-chillingly, goosebump-y, brain-in-a-tornado creepy.