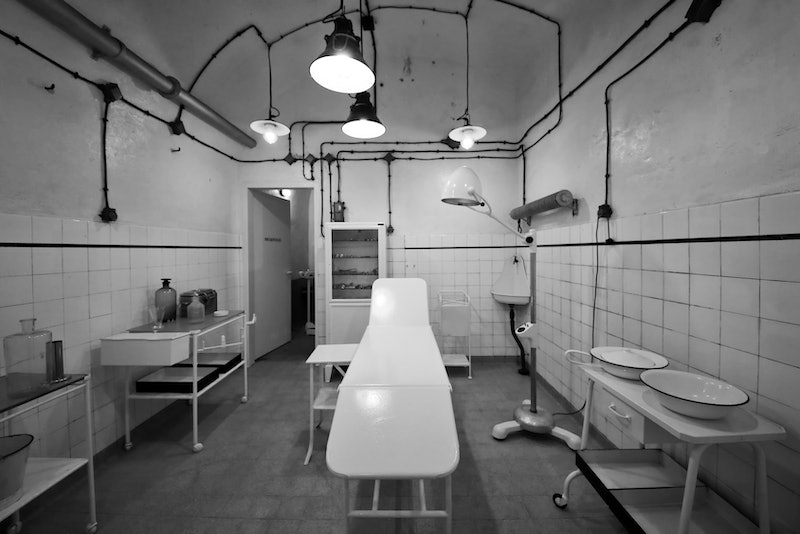 By taking a stroll through time, and looking back on all the weird medical procedures throughout history, it makes it a little bit easier to appreciate our current grasp on health and medicine. For example, just over a century ago, people were still attaching leeches to their skin, leaking blood from their bodies, and "curing" each other with doctor-assisted orgasms. (Yes, that actually happened.)

So let's all take a moment to be grateful for our modern times, shall we? "Medical treatments have advanced significantly in the past 100 years, particularly in surgery. If you get a traumatic injury or have another need of surgery, there has never been a better time," Jaya Jaya Myra, lifestyle expert and author of Vibrational Healing: Attain Balance And Wholeness, Understand Your Energetic Type, tells Bustle. "Many surgeries can now be done outpatient and in under two hours." Not to mention, it's so easy to waltz into a doctor's office and pick up a near-magical cough medicine, or plop down in a therapist's office for an hour's worth of (also near-magical) talk therapy.

We still have a long way to go when it comes to treating certain conditions and diseases, but it's still pretty amazing to think about how far we've come in such a short time, especially when looking back on where we've been. Here are a few bizarre, shocking, and downright creepy medical procedures from back in the day, that, thank goodness, are no longer a thing.