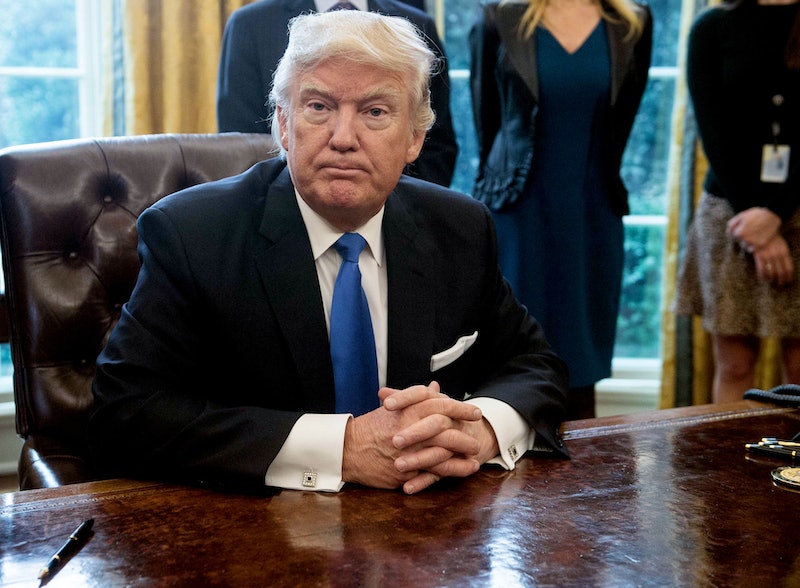 It took an astonishingly short amount of time for President Donald Trump to begin making policy changes. In one sense, this was to be expected — presidents often make sweeping changes within their first 100 days to distinguish themselves from the previous administration, and Trump's decisions do nothing if not show the stark difference between his and Barack Obama's approach to government. But his changes haven't necessarily been for the better — a number of scary things have already happened since Trump took office, and if his plan for his first 100 days is any indication, there will be many more to come.

In his first four days in the Oval Office, Trump has already made good on many of his campaign promises by signing executive orders that restrict abortion access and making moves to weaken and repeal the Affordable Care Act. Not to mention, he also took control of the military and nuclear codes, which is simultaneously totally normal and utterly terrifying.

Below are nine scary things that have happened since Trump took office on Jan. 20. This list represents the scariest of them all, but there have been and will continue to be many more regressive, horrifying, or downright puzzling things to come out of the White House and the GOP-led Congress over the next 100 days (and the next four years).