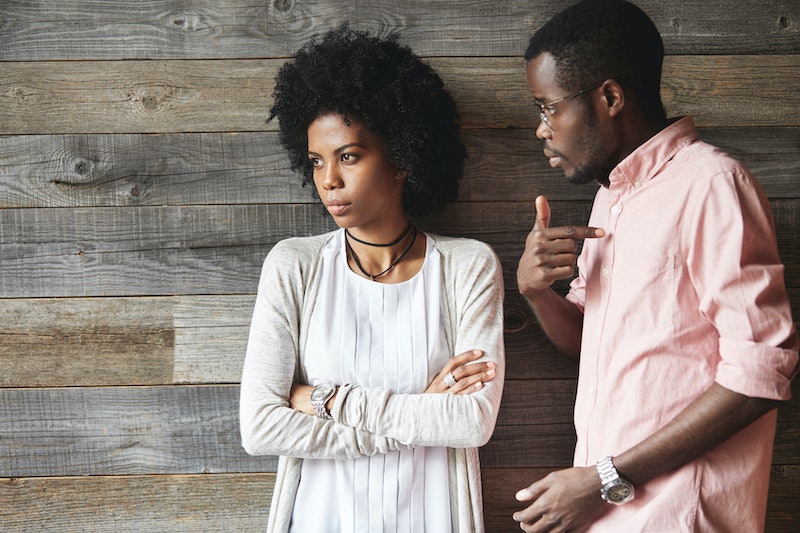 As much as we might wish that every relationship would play out like a fairy tale, the reality is that healthy, happy, long-lasting relationships don't just happen: it takes a lot of effort — on the part of both partners — to maintain a long-term relationship. If you're not putting enough effort into your relationship, it will eventually show: you could feel your connection to your partner starting to fade, or notice that you're fighting more than usual. In order to prevent the relationship from eventually fizzling out, you and your partner should both be committed to actively improving your relationship (even if it's already a good one), whether that's by carving out more alone time, taking up a new hobby together, or even experimenting in bed.

"When [you're] first together, both people are usually putting a lot of time and energy into the relationship," Lesli Doares, Couples Consultant & Coach, tells Bustle. "This will slow down over time, but for the relationship to last some amount of energy and attention is still necessary. This will vary from couple to couple; however, nothing thrives on neglect. Spending adequate time together is critical. This isn’t just time in the same space with both of you doing parallel things. It means time when you are interacting in intimate ways — emotionally, physically, intellectually, etc."

Simply put, you can't grow as a couple if you aren't both making an active effort to maintain your romantic connection. It might seem daunting, but putting effort into your relationship isn't as scary as it sounds: it's as simple as showing a genuine desire to keep learning about each other and sharing new experiences.

"I always equate effort to showing the desire or initiative to engage, learn or delight the other person in the relationship," Rich Bracken, motivational speaker and relationship/communication coach, tells Bustle. "It’s so important to do things that show your interest in the other person because you’re now in a relationship, which means (shocker!) it’s not just about you."

If you feel like your relationship isn't as ~magical~ as it once was, here are nine signs that either you (or your partner) aren't putting enough effort into keeping your connection healthy and strong.