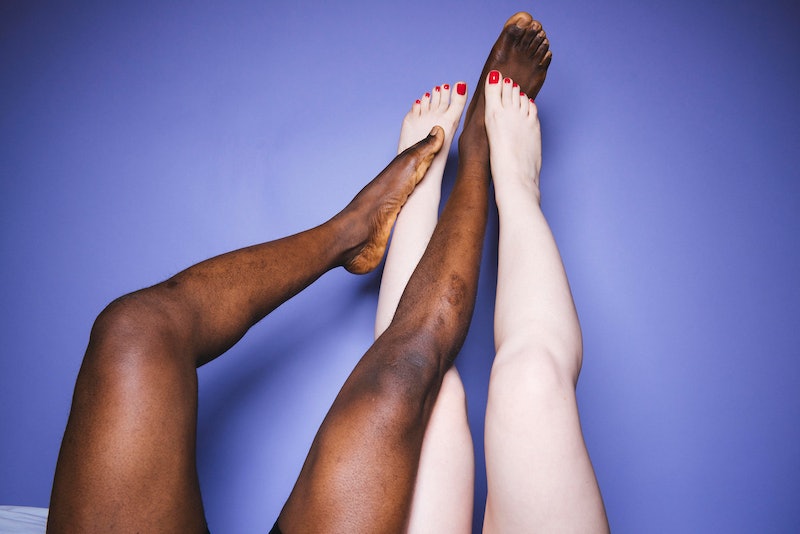 I cringe when I think back to some of the sex I had as a teenager. There are a lot of reasons why it's so uncomfortable to remember — partly because it was so damn awkward a lot of the time and partly because a lot of the sex I had then was, frankly, terrible. But I didn't realize I could ask for more. Talking about your sex life, talking about your needs, and, even worse, talking about things you don't like — that all seemed scary as hell.

"Often people can have sex but are scared to talk about it out of fear that might offend their partner or it might be awkward," sexologist and relationship expert Dr. Nikki Goldstein tells Bustle. "In order to have a healthy sex life you need to have sometimes awkward conversations about what might not be working in the bedroom or what you want more or less of."

It is so important to talk about sex, and I know that now. But I didn't then. And I don't think I'm alone — most millennials lost their virginity at around 17 years old, an age when we're often not confident or informed enough to have more honest conversations about sex. Here's what I wish I had known, because things could have been so much better.