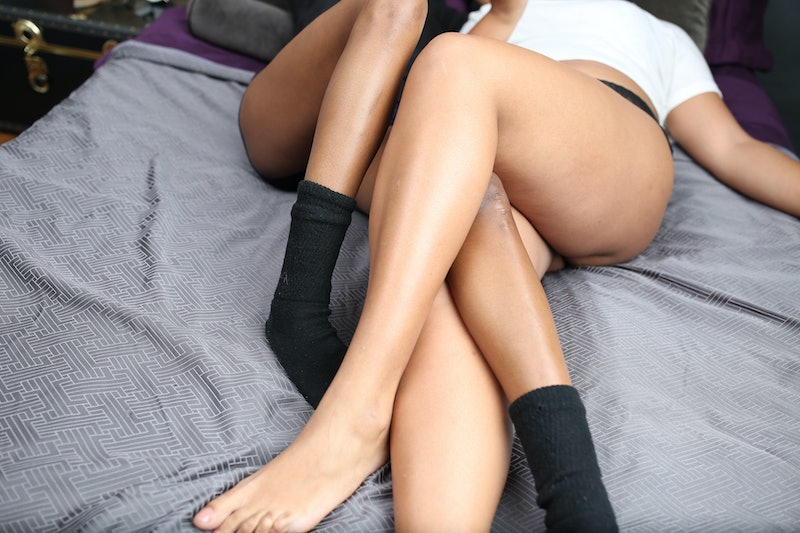 Having sex for the first time is a huge milestone in a lot of people's lives. Many of us spent our teenage years talking about whether we were ready, what it would be like, and who had and hadn't done it. But it may be time to rethink the way the way we talk about the concept of losing our virginity. Though it can be a significant moment in someone's life, the rhetoric about "losing" and "giving it up" is heteronormative, and it sends the wrong message. First off, virginity is a social construct. Oftentimes, women are the ones described as doing the 'losing,' implying that virginity is something that's taken — and that men do the taking. The idea of "losing" your virginity is too close to the puritanical idea that having women should be protecting their sexuality, and the idea that sex makes women somehow blemished or used. It harkens back to the notion that we are only worthy if we're untouched. And, more than any of that, it implies that we are passive participants rather than active sexual beings.

“Instead of saying, ‘losing your virginity,’ I use the words, ‘making your sexual debut,'" licensed psychotherapist and sex therapist, Mary Fisher, CMHC, tells Bustle. "'Losing' usually has a negative connotation, and your sexual debut should be a positive experience." It's also a great way to make sure that we're including things in the definition of "sex" that are beyond just penis-in-vagina penetration, which is both heteronormative and reductive.

While the way we talk about it as a society is still problematic, it's natural to be curious about how and when these first sexual experiences start happening, and how they differ among different generations. DrEd, an online health consulting website, recently surveyed 500 Europeans and 500 Americans to get an idea of not only when they first had sex, but also when they started having a sexual awakening — those first little butterflies or urges. And there were some interesting findings. For example, those who identify as gay had some of the earliest sexual awakenings — averaging at under 14 years old — but were one of the latest groups to lose their virginity. And Republicans lost their virginity at an average age of 17.4 years old, but were the latest to have a sexual awakening — apparently that didn't come until a year later, at 18.4 years old.

"The vast array of catalysts for sexual awakening could be an indicator of just how different our tastes can be when it comes to sexual exploration," a spokesperson for DrEd tells Bustle. "Or, perhaps these people and images just happen to be in the right place, at the right time!"

And one thing that really stood out was how the age that people started having sex varied through the generations. Here's what the survey found.

More like this
Are Gemini & Leo Compatible In A Relationship?
By Kristine Fellizar
How Getting An Abortion Has Changed From The ’60s Through Today
By Amanda Chatel
GIRLI & Q Fell In Love At A Skatepark & Never Looked Back
By Jessica Morgan
35 Sexy Texts To Send Your Partner
By Griffin Wynne and Carolyn Steber
Get Even More From Bustle — Sign Up For The Newsletter