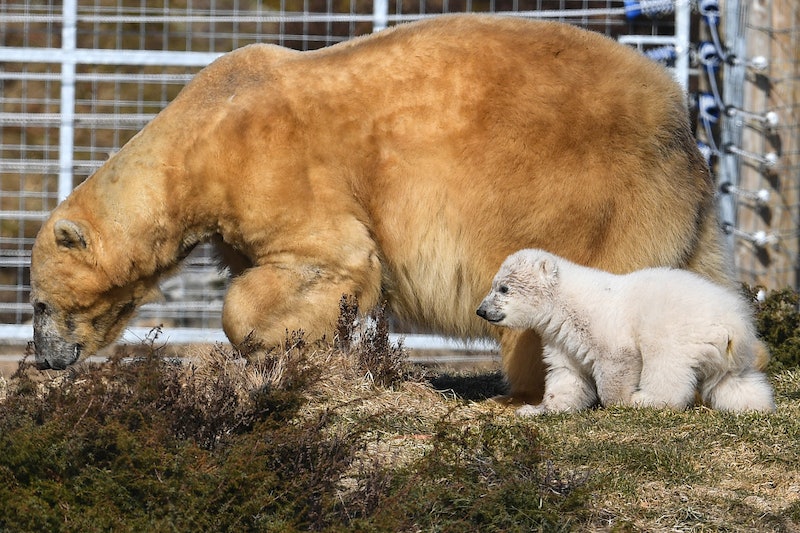 Polar bears, with their snow-colored fur and Arctic sea ice habitats, are a creature so majestic that they have an entire day dedicated to their conservation. Their scientific name, Ursus maritimus, literally translates to “bear of the sea,” and every Feb. 27, the animals are celebrated with International Polar Bear Day to raise awareness about their vulnerable status. If dour climate change news has got you wondering about ways to help polar bears, we've put together a few ways you can support organizations that help these beautiful creatures.

Conversations about climate change often point to the polar bear as a prime example of a species suffering from human impact due to their melting habitats. In the last 30 years alone, the Arctic's thickest and oldest ice has diminished by 95 percent, according to the National Oceanic and Atmospheric Administration’s yearly Arctic Report Card. Global numbers of polar bears are estimated to decline by roughly 30 percent by the year 2050, the International Union for Conservation of Nature predicts. But even though the statistics look grim, there are ways individuals can chip in to help keep the fluffy white bears around a little longer. Ahead, here are nine ways to help polar bears in honor of International Polar Bear Day.