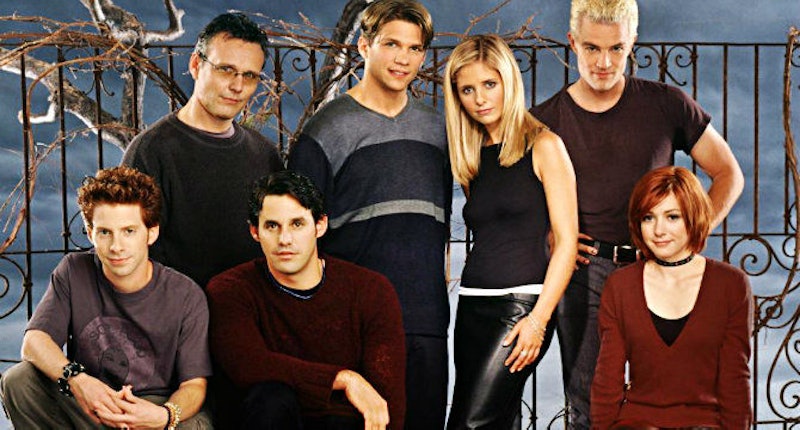 Hey, Scoobies, check this out. And I Darken author Kiersten White will author a new Buffy the Vampire Slayer YA book series from Simon Pulse, a division of Simon & Schuster. Titled "Slayer," the series will pick up where the show left off in 2003, focusing on "a brand new slayer from the group of potentials that Willow used her Wicca skills to awaken in the show’s final episode." The first installment is currently slated for a Fall 2018 release.

The all-new Slayer series isn't the only Buffy book you can expect to see on store shelves. Out on Oct. 3, Buffy the Vampire Slayer: Twenty Years of Slaying will combine "all the best content from Volumes 1–3 of the original Watcher’s Guides," which Simon Pulse published during the show's run in the late '90s and early '00s. Joss Whedon's Buffy comic book series launched into its 11th season in November 2016.

Longtime Buffy fan White isn't shy about her love for Whedon's series. She tells Entertainment Weekly, "[W]hen I got the offer to write Slayer, I totally screamed ... It scared my children. I’m not sorry." White goes on to say that "every book [she's] ever written was an audition for this." Clearly, she's living the dream.

Find the first book in Kiersten White's all-new Buffy the Vampire Slayer YA book series, Slayers, at your local bookstore in Fall 2018.