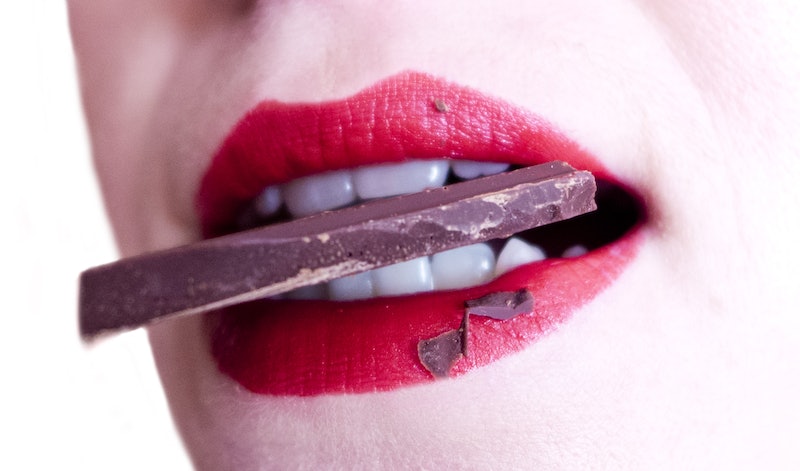 How many times, after a long, frustrating day, have you thought, “Ugh, I just want to move to England and eat chocolate for a living”? Surely I can’t be the only one, right? My friends, the dream is real: A chocolate taster job just opened up in the UK. That’s right, a job in which you taste chocolate, for MONEY. You know, it’s times like these that I realize that despite everything going wrong in the world — despite all of the awful daily happenings that make me doubt my faith in humanity — the universe is full of beautiful miracles. And also chocolate.

The holder of this glorious profession is Mondelēz International, a company that produces a variety of international confectionary brands, including Cadbury, Oreo, Milka, and Toblerone. Last month, the company posted the job advertisement on LinkedIn, which eventually became the service’s UK Job of the Week. The official duties of the “Chocolate and Cocoa Beverage Taster” include tasting chocolate and cocoa beverages, “giv[ing] objective and honest feedback” and collaborating with a team of panelists “to reach an agreement on taste.” According to the job listing, “Chocolate tasters are key in helping Mondelez perfect and launch an entirely new product all over the world.”

You don’t have to be an expert in chocolate to be a professional chocolate taster. The job posting lists the following qualifications:

· A passion for confectionary and taste buds for detection

· Honesty when it comes to giving an opinion

· A communicative personality to build great relationships with your panel

· A firm grasp of the English Language

There are two key drawbacks to this chocolate tasting job: First, it’s a part time gig, with only 7.5 hours of tasting scheduled per week, so candidates will need other means to pay their rent. Second, it’s in Reading, UK. That’s not a bad thing in itself, of course — I know from experience that Reading is actually a very nice place. But if you’re currently living in the United States, that’s an awfully long trek, even for chocolate.