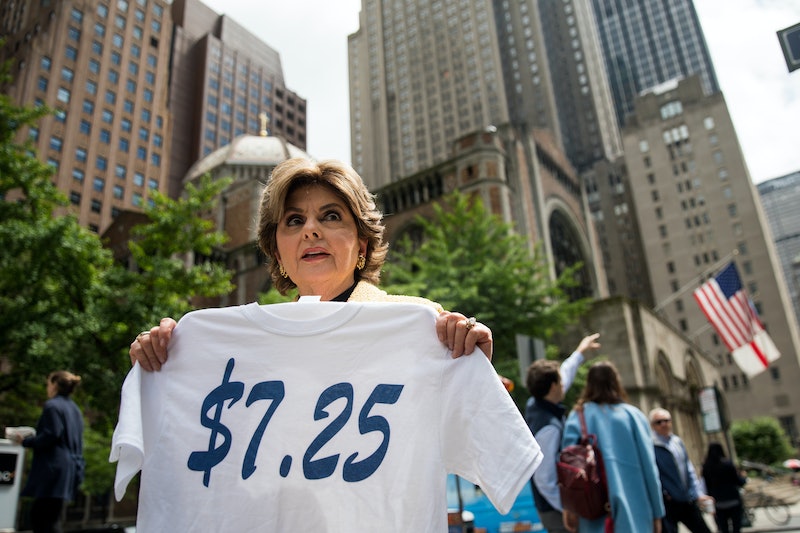 Raising the minimum wage to $15 is a popular idea among those on the left, but it's proven difficult to actually pass bills making it a reality — and Connecticut just became a perfect example of that. On Thursday, the Connecticut House voted to raise the minimum wage to $15 by 2023 — but the debate over the bill lasted a whole night, according to the Hartford Courant.

“If our economy doesn’t work for everyone, then it doesn’t work. It’s that simple,” Connecticut Gov. Ned Lamont said in a statement commending the Connecticut House of Representatives for passing the legislation.

The bill, which the state Senate still needs to pass before Lamont can sign it into law, would gradually increase the minimum wage over the next several years, and then requiring all businesses to pay employees at least $15 an hour by 2023, according to the Hartford Courant.

"Raising the minimum wage will help lift families out of poverty, combat persistent pay disparities between races and genders, and stimulate our economy," Lamont's statement continued. "This compromise represents a fair, gradual increase that will improve the lives of working families in our state who struggle to pay for childcare, afford tuition, put food on the table, pay the mortgage, or cover the rent."

Despite the governor's endorsement of the legislation, it didn't pass the House easily. Debate over the bill started late on Wednesday night, and the final vote happened at midday on Thursday, according to NBC Connecticut. All in all, it went on for 14 hours.

“I feel angst this morning, besides being ornery and tired,” said Republican Rep. Richard Smith after the night of debate, according to the Hartford Courant. He and his GOP colleagues had argued most of the night that raising the minimum wage would hurt businesses in the state.

“Most of us order things online,” said Themis Klarides, the chamber's top Republican, according to NBC Connecticut. “You go into McDonald’s, you see automated machines where nobody takes your order anymore. This is moving in that direction and making businesses pay that much more money to people is going to make it worse.”

Lamont, a centrist Democrat, expressed his support for a $15 minimum wage in February, according The CT Mirror. And recent studies have shown that he's got the science on his side; according to a study by the U.S. Census Bureau, raising the minimum wage helps low-income workers, and their gains translate to a healthier economy overall, despite what Republicans in the Connecticut House were arguing. And as Connecticut Lt. Gov. Susan Bysiewicz wrote in a statement released along with Lamont's, there's also an important gendered aspect to the benefits of raising the minimum wage.

“Women’s issues are economic issues and in Connecticut, the majority of minimum wage earners are hardworking women. Raising the minimum wage to $15 an hour lifts up families in our state, especially the over 170,000 households that are headed by women," Bysiewicz wrote. "It also helps get us closer to closing the gender pay gap and provides relief for all workers by allowing them to meet basic financial needs.”