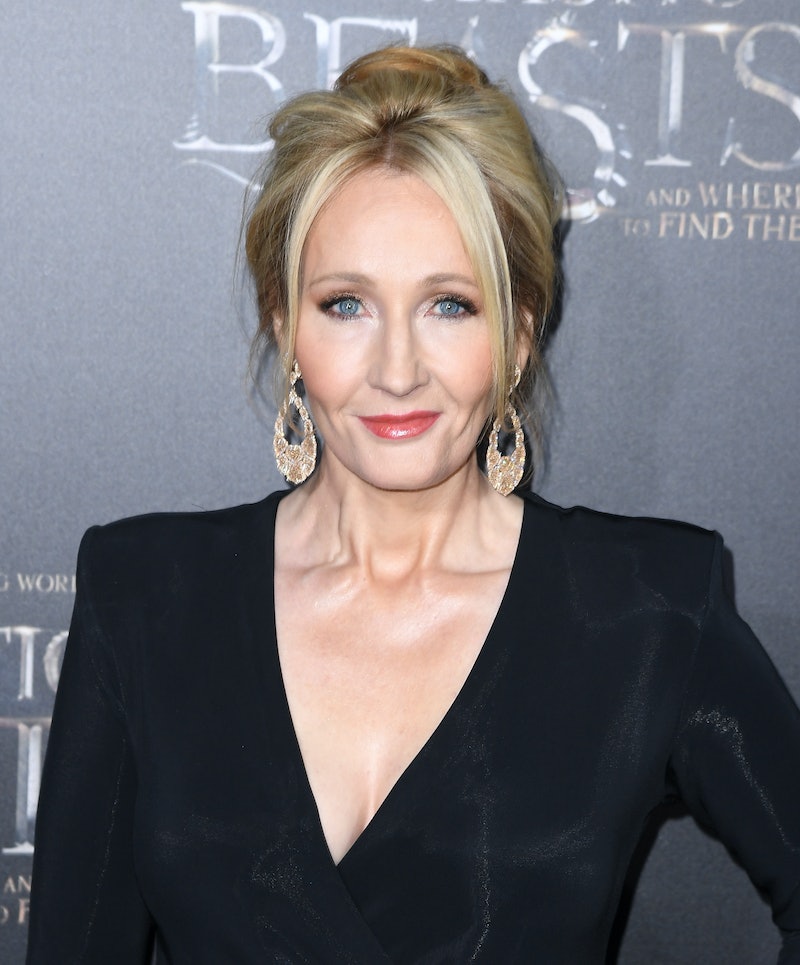 Hey guys, I know that today the world is looking for a savior, a salve, a moment of comfort, but there will not be a "Cursed Child" film adaptation, no matter how much you want it. Sorry about that. You'll have to find your Inauguration salvation elsewhere, I guess.

Since even before its American release on July 30, 2016, movies rumors dogged "Harry Potter and the Cursed Child, Parts I & II," a stage script by J.K Rowling, Jack Thorne and John Tiffany set 19 years after Harry Potter and the Deathly Hallows. Whispers about a film trilogy first emerged in March 2016 - J.K. Rowling shot those down. Then, in August, following the release of the script and the West End stage premier of the play, they re-emerged; this time, Warner Bros. stepped in, stating, "Harry Potter and the Cursed Child is a stage play, with no plans for there to be a film," in an official statement to The Huffington Post.

But yesterday, Screenrant reported that in a Jan. 10 episode of the Unofficial Universal Orlando Podcast, Jim Hill, a "theme park historian" whose ties to Disney and Universal reportedly run deep, let slip plans for a "Cursed Child" film trilogy, featuring the original actors as well as a host of new characters, beginning in 2026.

Meaning, among other things, that we might get to see Grown Up Harry sans that ridiculous charcoal beard that he wore at the end of Deathly Hallows Part 2. A true dream for some Potterheads.

Hill's allegations came during a discussion of NBC Universal's recent purchase of the Potter franchise television and digital rightsThe deal, which includes both the original Harry Potter films and the Fantastic Beasts trilogy, as well as content for Universal theme parks, apparently also includes ownership over any future Cursed Child films. Which sounds like an admission of Cursed Child film plans, right? Right? Hey, J.K., right?

More like this
The 'Hocus Pocus' Sequel Finally Has A Release Date & It Makes Total Sense
By Shannon Barbour and Radhika Menon
The 20 Best Audiobooks To Fall Asleep To
By Aoife Hanna and K.W. Colyard
'Bridgerton' Star Nicola Coughlan Confirms Season 3 Will Focus On Colin & Penelope
By Grace Wehniainen and Alyssa Lapid
Candice Carty-Williams’ 'People Person' Tackles Daddy Issues With Warmth
By Sam Rogers
Get Even More From Bustle — Sign Up For The Newsletter