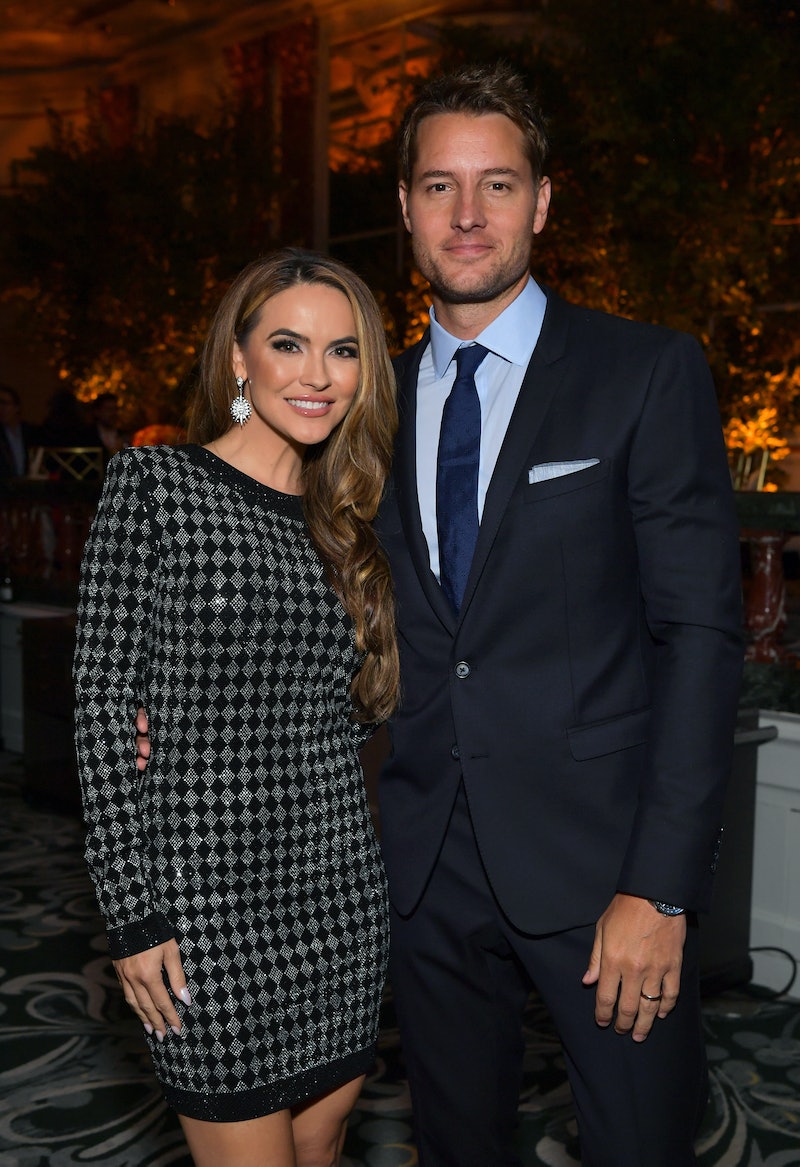 Despite a relatively calm first few episodes, Selling Sunset star Chrishell Stause's relationship with Justin Hartley "exploded" in the middle of Season 2. Reliving her divorce from the This Is Us star is something Chrishell recently told In Touch she's "not looking forward to," but in the beginning, their romance painted a much happier picture.

Though they two had met in passing in their respective soap opera careers, Chrishell formed an immediate connection with Justin when one of her Days of Our Lives costars formally introduced them in 2013. Justin told People that they had their first date at a concert in October of that year and "talked all night" afterward. "The next day I texted my friend: 'I found him,'" Chrishell told the magazine.

A little over two and a half years later, Justin proposed to Chrishell. They wed at Malibu’s Calamigos Ranch in October 2017, with the entire core This Is Us cast in attendance. This was Justin's second marriage, following his 2012 divorce from fellow soap star Lindsay Korman after about eight years of marriage (the couple also shares a teenage daughter, Isabella).

In a May 2019 interview with Us Weekly, Chrishell revealed that she and Justin were thinking about having kids, but didn't "know when" that might happen. "I have a stepdaughter, so we've got our hands full with high school," she explained at the time.

Though Justin said their separation occurred in July, People noted that he and Chrishell attended the Emmy Awards together on Sept. 22, the Veuve Clicquot polo match in Los Angeles on Oct. 5, and a pre-Golden Globes party as recently as Nov. 14.

"Chrishell is still shocked that Justin filed for divorce and is devastated how everything is unraveling," a source told Entertainment Tonight at the time. "Chrishell signed up for a marriage, to work through things and fight for their love, but she feels Justin has just given up."

Another source claimed to People that Justin and Chrishell were "somewhat fundamentally incompatible," and that the "reeling" Selling Sunset star was "ready to just settle down and be a wife and stay-at-home mom." Noting that both were hoping to start a family "relatively soon," the source added that Justin was currently focused on capitalizing on the "new level of fame" he'd achieved from This Is Us.

Based on the supertease that ends Season 2, Selling Sunset Season 3 will likely rehash everything in detail.

More like this
Molly-Mae & Tommy Fury Shared The Cutest Gender Reveal Video
By Sophie McEvoy and Sam Ramsden
Kelly Mi Li Teased A Mysterious New Boyfriend In 'Bling Empire' Season 3
By Brad Witter
‘The Ultimatum: Queer Love’ Is Officially On The Way
By Radhika Menon and Kadin Burnett
Here’s When You Can Expect More ‘Indian Matchmaking’
By Brad Witter
Get Even More From Bustle — Sign Up For The Newsletter