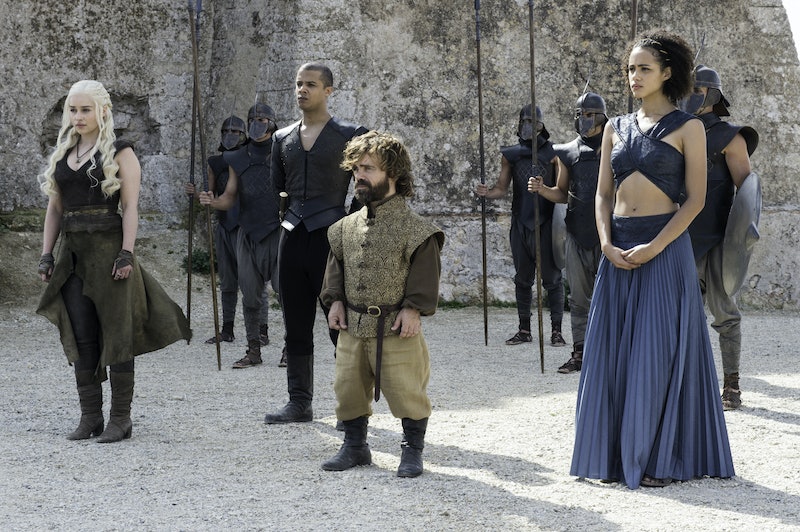 Game of Thrones might be over, but Game of Thrones-themed excursions live on. As reported by Delish, Cruise Croatia is hosting a Game of Thrones cruise next year that will take fans to filming locations for the show, which shot scenes for King's Landing, Qarth, Braavos, and the Westeros Riverland in the country. And, to get people excited, the company is giving away a seven-night trip to one winner and three of their friends.

The Game of Thrones cruise will take place from August 8 to August 15, 2020. Stops will include the waterfalls at Krka National Park, guided tours of Split, Hvar, Korcula, and Dubrovnik, a bike tour of Mljet National Park, a visit to a winery on the island of Vis, and a farewell party at "King's Landing" in Dubrovnik, among other activities. The price of the ticket — or the free tickets for whoever wins the competition — includes breakfast and lunch. There will also be a Game of Thrones expert, who will teach passengers about the history of each filming location.

And don't expect a giant cruise ship. The ship being used only accommodates 38 guests and is 155 feet long. The ship itself, called the Adriatic Sun, is not Game of Thrones-themed or particular to the GoT cruise, but one would hope it'd be decorated a little more appropriately during the actual cruise. For now, the ship, which had its maiden voyage in 2018, has a main deck with a restaurant and bar, an upper deck with lounge chairs and a hot tub, simply decorated cabins with their own bathrooms, and other areas for hanging out throughout the boat.

So, if you don't want to drop two grand on a cruise, that's where the giveaway comes in. To enter, applicants have to fill out a form with their contact information on the Cruise Croatia site and answer the question "Which characters are you and your friends most like from Game of Thrones?" I assume it's good to put the reason why you and your friends are like the characters, and it's also probably good to pick someone who isn't too murder-y. You guys will have to share the ship with 34 other guests, after all.

Cruise Croatia describes itself as "one of the largest Croatia small ship cruises companies" that is "proud to operate the best and newest fleets of small ships in Croatia." Other cruises the company offers include an 11-night trip with stops in Croatia and Venice, Italy, and a 14-night cruise that visits Croatia, Montenegro, and Slovenia.

The contest is open between now until "0:00am on 9th June 2019", which is a very confusing way to put that, so if you're going to apply just do it before June 8 to be safe.