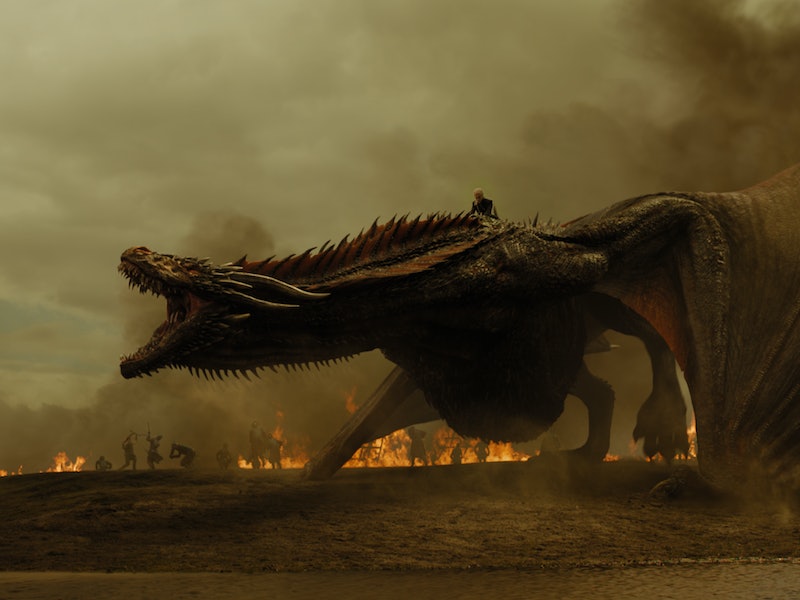 The end may be nigh for Jon Snow, Daenerys Targaryen, and Tyrion Lannister, but the story of Westeros may be just beginning. As reported by Variety, HBO has ordered a pilot for a Game of Thrones prequel written by Jane Goldman, and co-created by George R.R. Martin himself. (Bustle has reached out to HBO, Goldman, and Martin's reps for comment, but did not immediately hear back.)

As reported by The Wrap, the official synopsis for the potential series reads:

"Taking place thousands of years before the events of 'Game of Thrones,' the series chronicles the world's descent from the golden Age of Heroes into its darkest hour. And only one thing is for sure: from the horrifying secrets of Westeros' history to the true origin of the white walkers, the mysteries of the East to the Starks of legend … it's not the story we think we know."

In 2017, Martin announced on his now-defunct Livejournal blog that HBO was developing five different scripts in hopes of continuing the Game of Thrones franchise after Season 8 ends. HBO later confirmed the news, but they also made it clear that there was a possibility than none of the projects would go forward. The fact that Goldman's script is reportedly becoming a pilot is major news, not only because it brings viewers one step closer to a prequel, but also because it means the future of the franchise may be guided by a woman.

Goldman is a bit of a modern legend in genre circles. The British screenwriter penned the scripts for films like Stardust, Kick-Ass, X-Men: First Class, and the Kingsman movies. Recently, she was announced as the writer for Disney's live-action remake of The Little Mermaid, and she also co-created Britain's popular Big Fat Quiz of the Year for Channel 4. Despite never having written an episode of Game of Thrones, Goldman's résumé is full of projects that illustrate why she's a good choice for this project in particular.

The time period following the Age of Heroes is one steeped in mystery. This is the era that informs many of the myths, legends, and religions of the Westeros seen in Game of Thrones. In the book series, Sam Tarly points out to Jon Snow that there's no actual recorded history from this era, which means there's no way to separate fact from fiction. Basically, a show set between the Age of Heroes and the Long Night would be wandering into uncharted territory.

If the pilot leads to a series, one question it would have to answer would be just how much magic once existed in this world? There are stories of gods marrying mortals, of mermaids who fell in love with men, and this is the time when the legendary Bran the Builder raised the Wall. For the Lannisters and the Starks (and many of the other famous families), this is when their history began — at least to their knowledge.

Aside from a potential appearance by the Night's King, it would be unlikely for this prequel series to feature any of the characters from the original show. However, it would still connect to the rich history of the Starks and Lannisters in a meaningful way. Executed correctly, this prequel could be the best possible scenario for fans who aren't ready to say goodbye to Westeros. It would be an origin story in the truest sense of the word, allowing longtime fans of the books and the series to finally separate fact from fiction where the legends of the old gods are concerned.

It's still going to be a while before HBO decides whether or not the pilot will go to series — and Deadline reports that one of the other scripts may get a greenlight as well. No matter what, fans won't see a prequel until at least 2020, but knowing that Goldman could be at the helm of Westeros' future — er, past — is exciting news, even if it does come with a few caveats.