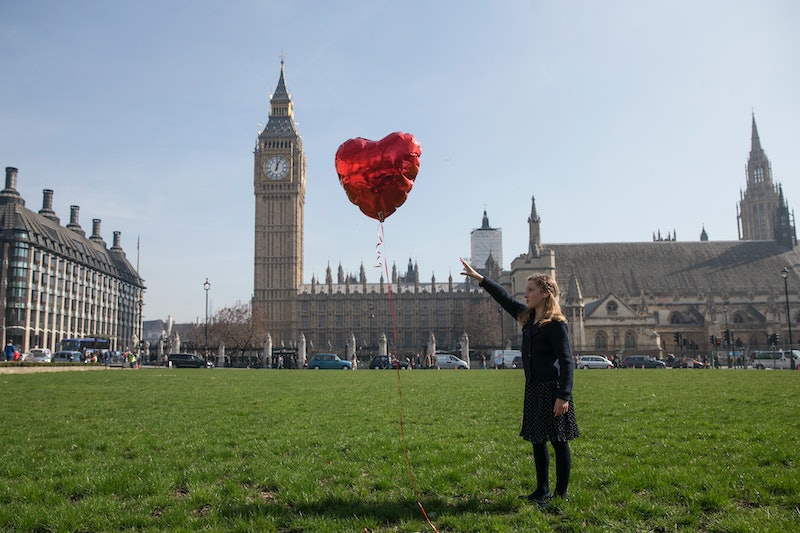 The New York Times' Nicholas Kristof took an editorial stand against Islamophobia and for gun control with his Feb. 12 story titled "Husbands Are Deadlier Than Terrorists." As Kristof lays out in the piece, abusive, firearm-brandishing husbands married to women have caused more deaths in the U.S. than jihadist terrorists. And yet, the Trump administration's focus is on making it harder for refugees from seven Muslim-majority countries to enter the U.S. rather than for Americans with histories of domestic and substance abuse to get their hands on a gun.

Kristof's article draws much-needed attention to the role lax gun laws play in domestic violence. But with its titular statement, it also touches on popular assumptions of who is a terrorist and who is not. Kristof draws comparisons between abusive spouses who kill and religious extremists who kill. Which brings me to ask: Are abusive husbands deadlier than terrorism or just terrorists themselves?

The answer to that question lies in what we mean when we talk about "terrorism." According to the CIA, "'terrorism' means premeditated, politically motivated violence perpetrated against noncombatant targets by subnational groups or clandestine agents." Meanwhile, the National Institute of Justice reports the FBI's definition as “the unlawful use of force or violence against persons or property to intimidate or coerce a government, the civilian population, or any segment thereof, in furtherance of political or social objectives.”

Abuse is horrible no matter who is inflicting it. But with the added recognition of how women continue to be marginalized in America, I'd argue that it's hard to see how men who physically, mentally, and/or emotionally abuse their wives aren't terrorists. Indeed, several people have drawn the connection between domestic violence and mass shootings.

Nevertheless, terrorism is too often associated with people from another country, people who don't speak English, and, more often than not, people with dark skin. That association will only get stronger as the Trump administration allegedly pushes forward in revamping the "Countering Violent Extremism" governmental program to a more exclusive "Countering Islamic Extremism" one.

If this shift takes place, domestic hate groups operating under white supremacist and anti-LGBTQ ideologies may go unmonitored, unscrutinized, and thus become even more dangerous. The idea that Americans and more specifically white men can't be terrorists will only become more and more solidified. Even despite evidence to the contrary.

Examining what we understand as the greatest threats to our country, as Kristof did in his piece, is an important step in beginning to curb the violence that holds our nation hostage. And I'd argue that part of that examination will necessarily involve looking at what labels we use for whom before anti-violence and anti-terrorism efforts can really be successful.