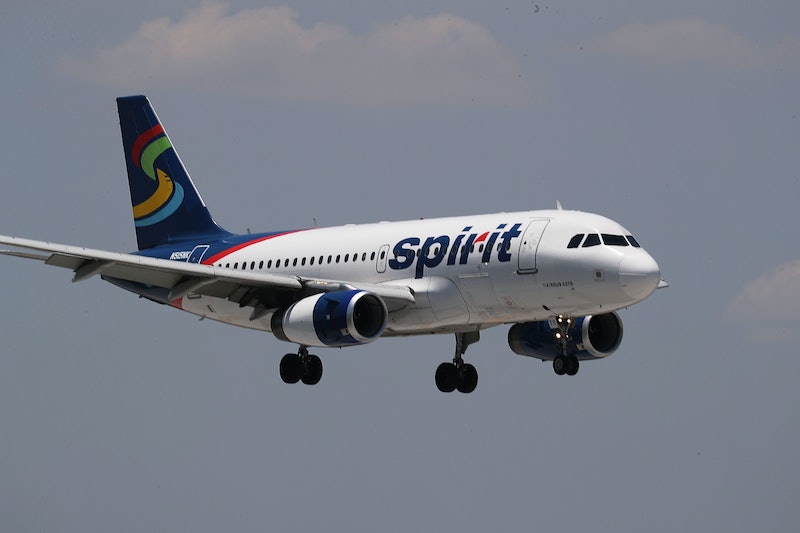 A Detroit-area man was sentenced to nine years in prison this week after sexually assaulting a fellow passenger on a flight earlier this year, BuzzFeed News reported. On Thursday, Prabhu Ramamoorthy received this sentence after being convicted of aggravated sexual abuse back in August. In January, during a Spirit Airlines flight from Las Vegas to Detroit, a 22-year-old woman told authorities that she woke up from a nap to find Ramamoorthy's hand down her pants, The Washington Post reported at the time.

"She stated that the man next to her was shoving his fingers in her vagina and vigorously moving them," the criminal complaint in this case stated, according to BuzzFeed News. According to the criminal complaint, Ramamoorthy told authorities that he "tried to put his fingers in her vagina but was not successful," and that he cupped her breasts over her clothes.

Ramamoorthy's wife was also sitting next to him on the flight when the incident occurred, the Detroit Free Press reported. She was reportedly crying in the Detroit courtroom as Ramamoorthy received his nine-year sentence. Prosecutors described Ramamoorthy's actions on the flight as "one of the most brazen airplane sexual assaults ever prosecuted in this district," per NPR. Prosecutors reportedly sought an 11-year sentence, according to the BBC, but U.S. district Judge Terrence Berg concluded that a nine-year sentence was sufficient.

"Everyone has the right to be secure and safe when they travel on airplanes," U.S. Attorney Matthew Schneider said in a statement published on the Department of Justice's website. "We will not tolerate the behavior of anyone who takes advantage of victims who are in a vulnerable position. We appreciate the victim in this case for her courage to speak out."

According to the U.S. Attorney's Office for the Eastern District of Michigan, Ramamoorthy was convicted in August following a five-day trial. Ramamoorthy is currently in the U.S. on a work visa, but the U.S. Attorney's Office said in a statement that he will be deported once he has finished serving his prison sentence. The Detroit Free Press reported that Ramoorthy will never be allowed back into the U.S. in the future.

Assistant U.S. Attorney Amanda Jawad told Berg during the sentencing hearing that Ramamoorthy had not shown any remorse for his actions. Berg said he was "concerned" about this, but stated that Ramamoorthy had the right to remain silent, and could therefore not factor this into the sentence he handed down. Ramamoorthy reportedly declined to speak at his hearing and did not address the woman he allegedly assaulted as she sat across the courtroom from him. The woman also declined to address Ramamoorthy, NPR reported.

In 2016, a survey by the Association of Flight Attendants union found that roughly 20 percent of the nearly 2000 flight attendants who responded had handled complaints of sexual assault from passengers. However, the survey also found that law enforcement officials were contacted for less than half of these complaints, The Seattle Times reported. According to The Washington Post, there have been more and more federal investigations into sexual assault aboard aircrafts in recent years.