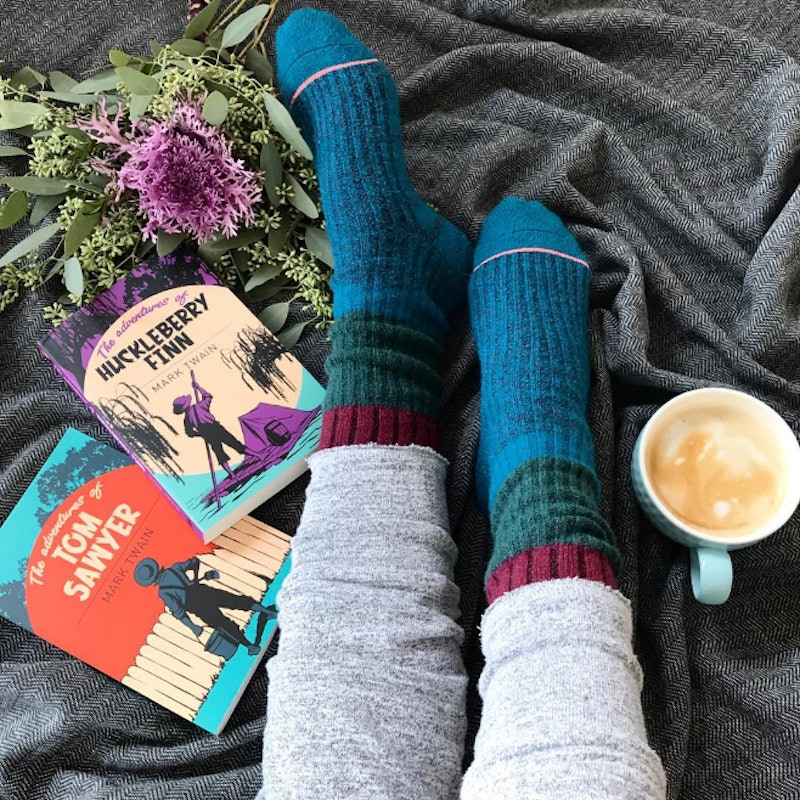 On Thursday, Random House Children's Books announced that an unpublished Mark Twain story was finished by children's book authors, and will be available for purchase later this year. A Sick Day for Amos McGee authors Philip and Erin Stead completed Twain's 1879 story, The Purloining of Prince Oleomargarine. The 11-chapter children's book will hit bookstores this fall with a first run of 250,000 copies.

The Purloining of Prince Oleomargarine began as a bedtime fairy tale told to two of Twain's daughters, Susy and Clara, during an 1879 trip to Paris. Unlike the other stories he made up for his children, Twain recorded part of this one in his journals. The notes were discovered by Twain scholar John Bird, who brought them to wider attention.

So just what is Mark Twain's unpublished children's story about? According to the press release:

[The Purloining of Prince Oleomargarine] follows a young boy who eats the flower sprouted by a magical seed and gains the ability to talk to animals. From there, the boy and his new animal friends go off on a wild adventure to rescue a kidnapped prince. Though the story was left in fragments and never completed by Twain, it bears many of the hallmarks of his beloved style, in the humor and playfulness and in the quest of a young boy off on his own navigating the adult world.

Random House Children's Books says The Purloining of Prince Oleomargarine, which will be published by Random House imprint Doubleday, will hit stores on the 150th anniversary of Mark Twain's first book, The Celebrated Jumping Frog of Calaveras County, and Other Sketches.

The Steads are, naturally, ecstatic at the once-in-a-lifetime opportunity to complete an unpublished Mark Twain story. The couple won a Caldecott Medal for A Sick Day for Amos McGee, but that probably wasn't a "terrifying" book to write. Philip Stead says:

Of course any person in their right mind would be terrified of this project. But having the support of the Twain house allayed some fears…and then I had a good long walk-and-talk with my dog about it, and she assured me I had her full support, and that I was the right man for the job — provided it did not cut into our twice-daily ambles through the neighborhood, mealtimes, or the hours set aside each day for lying on our backs with our bellies in the air.

File that quote under "Advice on Writing."

The Purloining of Prince Oleomargarine ($27.99, Amazon) comes to a bookstore near you on Sep. 26.

More like this
I've Read The Harry Potter Books 30+ Times & This Plot Hole Haunts Me
By Kelsey Stiegman
10 Must-Read New Books Out This Week
By K.W. Colyard
The Most Anticipated Books Of August 2022
By K.W. Colyard
The Viral 'Little Miss' Franchise Is Focusing On Mental Health Next
By Darshita Goyal
Get Even More From Bustle — Sign Up For The Newsletter