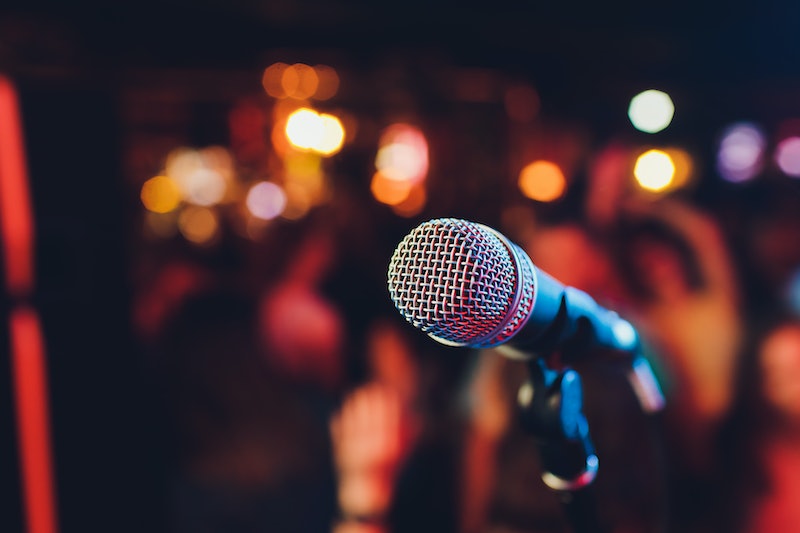 What you find funny is fairly unique to you. While I don’t understand how someone could resist the genius of Tina Fey, some people can’t get enough of Michael McIntyre or Katherine Ryan. It’s all a matter of preference, right? But a recent study has reignited the age-old debate about men being funnier than women, and both comedians and the general public are not having any of it.

The study, which was conducted by researchers from Aberystwyth University and the University of North Carolina, collated the analysis of 28 studies that looked into how funny 5000 people were. Many of the participants were judged on how funny they were based on the captions they wrote for images. The panel judged the set up blind and in the end 63% of the men scored "above the mean humour ability of women." In other words, men were deemed to be funnier than women, on average.

Researchers were quick to point out that not all the men were funnier than the women involved. But the study's author Dr. Gil Greengross stated in an article for Psychology Today, “it’s possible that the view that women are less funny is so pervasive that societal forces discourage girls and women from developing and expressing their humour, making a woman less likely to be perceived as funny.”

I’ll never forget the first time I heard Jaz tell Georgia that “boys don’t like girls for funniness” in Angus, Thongs, and Perfect Snogging, a belief that shook me to my 13-year-old core. However, Dr. Greengross wrote that “evidence does suggest that humour plays a major role in mating, with a strong evolutionary basis."

Hearing people say men are funnier than women makes my blood boil. It discredits not just professional female comedians but all my funny mates, too. You only have to scroll up any group chats on my phone to see just how funny women can be.

But people haven’t taken the conclusion of the study lying down. Comedians and the public banded together to dispute the stereotype that women aren’t as funny as men.

Speaking to the BBC, Maddy Bye, one half of the comedy duo Siblings said she felt there was no need for the study to be carried out. "You want the worst and the best comedians to try because you never know. This study will cripple bravery," she said. "I really think it's unnecessary to do this study. They could've done something progressive."

She continued: "Being in the comedy world I don't think we've done a gig in the last three years where there wasn't an equal amount of men and women on the bill. There are so many amazing male and female comedy shows. I don't know why they're trying to make it a scientific fact that women aren't funny."

Similarly comedian Sofie Hagan wrote on twitter, “It's also f**king ignorant,” and comedian Eleanor Morton wrote, “It's just another boring 'study' that claims women don't NEED to be funny to find a mate so we're not. Nothing new.”

More like this
Darren Harriott Is Keeping His Love Life Away From The Spotlight
By Darshita Goyal
Eurovision Has Been Given A Whole New Look Ahead Of Its Liverpool Debut
By Bustle UK
Spencer Matthews’ Impressive Net Worth Expands Far Beyond Chelsea
By Sam Ramsden
Twitter Is Saying The Same Thing About Beyoncé's Renaissance World Tour
By Shahed Ezaydi
Get The Very Best Of Bustle/UK
Sign up for Bustle UK's twice-weekly newsletter, featuring the latest must-watch TV, moving personal stories, and expert advice on the hottest viral buys.