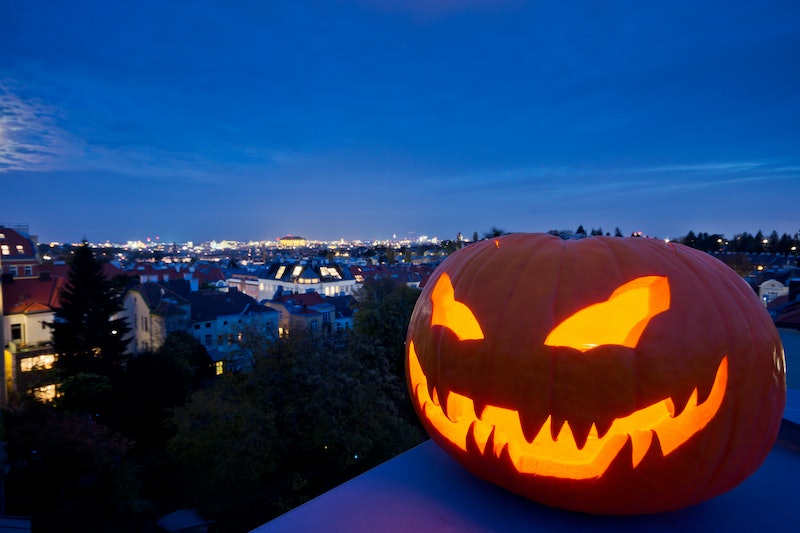 Although it’s debatable whether online petitions actually do much to enact change, it’s far from unusual for them to go viral these days — and the one that’s currently making the rounds is a doozy: A Change.org petition to move Halloween to Saturday has picked up a surprising amount of steam. Kicked off by industry trade organization the Halloween & Costume Association (HCA) — formerly the Halloween Industry Association (HIA) — the petition urges the U.S. government to declare Halloween the last Saturday of October, rather than its traditional date of Oct. 31, in order to make it “a safer, longer, stress-free celebration.”

The question, though, is whether the government actually has the power to move Halloween — and I hate to break it to the creators of the petition, but the answer might not be what they're hoping for.

Originally begun in 2018, the HCA’s petition makes the argument that consistently holding Halloween on Saturday would be both safer and more fun than it currently is. The idea seems to be that, if the holiday always occurred on a Saturday, parents would be able to accompany their kids while they trick-or-treat in order to keep a closer eye on them, while simultaneously giving people of all ages “a full day” to celebrate instead of “two rushed evening weekday hours.”

As of this writing, around 60,000 people have signed the petition, although it’s worth noting that it took an entire year for it to reach those numbers. Its goal is 75,000 signatures — but exactly what will happen if it reaches that goal is unclear. Change.org itself is vague about what reaching a goal actually accomplishes; indeed, the platform’s petitions are often more valuable as marketing tools or ways to get people talking about an issue than anything else.

Also, the Halloween petition addressed to the President of the United States.

I want to be perfectly clear: There is nothing wrong with wanting to do your main Halloween celebrating on a Saturday during the years that Oct. 31 falls a weekday. It’s a good idea! I love Halloween! It’s my favorite holiday! It is, I might even argue, the best holiday! And it’s even better when it falls on a weekend! But here’s the thing: Halloween, as enjoyable as it is, isn’t a federal holiday — which means that it’s not officially governed by anybody, let alone the U.S. government.

Federal holidays are holidays that are officially recognized by the government. They’re established through the passage of laws designating certain days as specific observations. On those days, two things happen: All non-essential federal government offices are closed, and federal employees still collect pay despite the closures (that is, it's a paid holiday for feds). It’s common for many private sector employers to close on federal holidays as well, but it’s not legally required — and, indeed, many don’t close on those days. (Hi there, retail industry.)

But Halloween isn’t a federal holiday. Its date and observation aren't mandated by law. In order for the government to officially change the date of Halloween in the United States, the executive branch would have to pass a law declaring Halloween a federal holiday in the first place, which seems… unlikely, given how long it takes a proposed bill to make it through the system and get signed into law. It is possible for the president to declare a holiday by proclamation — but that, too, I'd argue is unlikely. Even at the best of times, there are usually bigger things to worry about than Halloween; and right now, there's A Lot on the executive branch's plate, so currently, a petition to the government — or even directly to the president — to change the date of Halloween is probably an exercise in futility.

Besides, as West Palm Beach CBS affiliate WPTV notes, “The petition fails to mention that many municipalities already hold Trick-or-Treat on days other than Halloween to avoid vandalism” — that is, locally, a lot of communities do often schedule trick-or-treating festivities to occur on Saturdays these days, even when Oct. 31 doesn’t actually fall on a weekend. And when it comes to adult celebrations? Well, there’s nothing stopping you from holding your Halloween party on the Saturday closest to the 31st instead of on Halloween itself. It’s also becoming increasingly common for bars, clubs, and other nightlife- and adult-oriented spots to hold their own celebrations on the weekends nearest the holiday, as well, because, I mean… they’re privately-owned businesses. They can hold their Halloween celebrations on whatever day or days they think will benefit them the most.

Plus, let’s not forget that Saturday isn’t necessarily “the weekend” for everyone. A lot of American workers hold jobs that don’t necessarily cleave to the so-called “standard” Monday-through-Friday schedule — like, for example, retail workers, of whom there are around 16 million in the United States as of 2016, according to the Pew Research Center. What’s more, having any sort of “weekend” — whether your days off are the traditional Saturday and Sunday pairing or whether they fall on different days of the week, depending on your job — isn’t necessarily a given for, say, the 7.5 million Americans who hold multiple jobs in order to make ends meet. In that sense, it’s very much a privilege to be able to assume that Halloween being on a Saturday means everyone will always have a full day off to celebrate it — because a lot of people wouldn’t.

The bottom line is that ultimately, there just isn’t much to be gained from moving the date of Halloween — or even from petitioning the government for such a change. Having Halloween consistently fall on a Saturday would only benefit some people, not everyone — and again, the government doesn’t hold any power over Halloween’s date right now anyway.

Oh, and hey, fun fact: If you really want to blow someone’s mind, remind them that the reason Halloween is celebrated on Oct. 31 is because of its Christian roots. That’s right: Although Halloween as we know it today is believed to be an amalgamation of a number of different traditions, including the Gaelic festival of Samhain, All Hallow’s Eve — Halloween’s full title — is so named because it’s the night before the feast day All Hallow’s Day, also known as All Saint’s Day. In most Western Christian churches, All Hallow’s Day is always celebrated on Nov. 1; as such, All Hallow’s Eve always falls on Oct. 31. In that sense, petitioning to change the date of Halloween is like petitioning to change the date of Christmas. And, uh… let’s just say that something tells me a motion to change the date of Christmas probably wouldn’t go over well with a lot of folks who celebrate it.