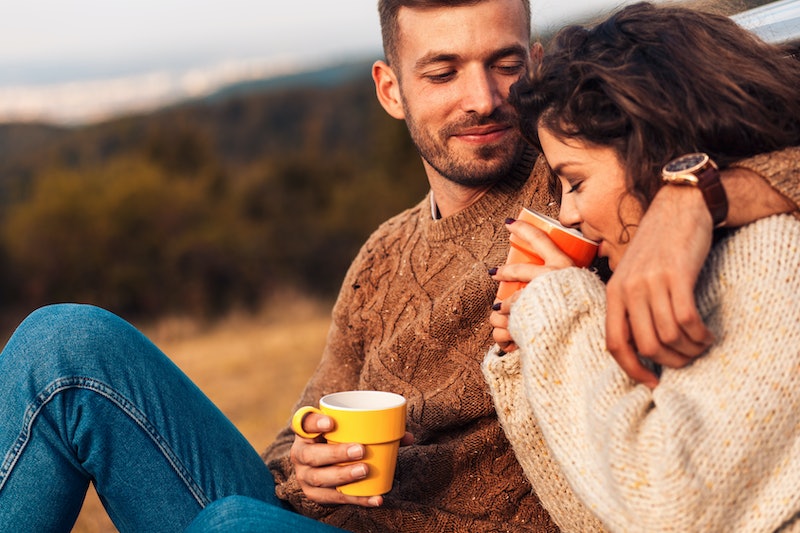 If you find yourself suffering from the Sunday Scaries or the Monday Blues on a regular basis, there’s a trick you can try that might help alleviate some of those negative feelings: According to a study from three researchers working out of the UCLA Anderson School of Management, treating your weekend like a vacation might make you happier when you head back to work at the end of it. The study isn’t new — study author Cassie Mogilner Holmes’ piece about her and her colleague’s work was published over at the Harvard Business Review in January — but it’s making the rounds again, so let’s take a closer look at it.

The “Sunday Scaries” — that feeling of dread you get the night before you go back to work after a day or two off — is an actual phenomenon: As neuropsychologist and psychoanalyst Dr. Susanne Cooperman told NBC News’ Better health vertical in 2017, it’s a stress reaction arising from “anticipatory anxiety — not the stress in the moment, but the anticipation of what will come.” According to Dr. Cooperman, anticipatory anxiety has a tendency to trigger your fight or flight response — and you feel it in your actual body. “The adrenal glands sit on top of the kidneys and they release adrenaline and cortisol,” Dr. Cooperman said. “They flood the system and you have a real stress reaction and it feels like real anxiety.”

Meanwhile, Cassie Mogilner Holmes, Colin West, and Sanford DeVoe at UCLA had noted the tendency American workers have of not taking vacation time off work, even when it’s part of their benefits package. A lot of working Americans do, however, have some time off from work built into their weeks in the form of a weekend. Wrote Holmes at HBR, “We wanted to see if there’s a way to help people leverage the time they already take off from work to enjoy the potential happiness they would get from a vacation.”

So here’s what they did: In May of 2017, they randomly gave a group of 400 working Americans one of two instructions on a Friday — the participants were either told to “treat the weekend like a vacation,” or to “treat the weekend like a regular weekend.” Note, by the way, that by “treat your weekend like a vacation,” the researchers didn’t necessarily mean “literally go take a trip somewhere”; indeed, they didn’t elaborate on the instructions in any way. The participants had to decide what they meant for themselves and then structure — or not structure, as the case may be — their weekends accordingly.

And, lo and behold, when the participants took a survey asking them about their happiness levels when they went back to work on Monday, the researchers found that the group of participants who had been told to treat their weekend like a vacation were much, much happier than those who were given the other set of instructions. What’s more, the results were the same even when the researchers controlled for the amount of money the participants said they spent. “Thus,” wrote Holmes, “without taking any extra time off from work and without needing to spend any additional money, the simple nudge to treat their time off like a vacation increased their happiness when they were back at work on Monday.” A follow-up study focusing on 500 new participants in January of 2018 yielded similar results, too, suggesting that the original study’s results weren’t just a one-off.

Again, note that “treating your weekend like a vacation” isn’t about actually going on a vacation; it’s about the mental reframing of what a “weekend” can be. And, as Holmes notes, it’s actually not that surprising that the reframing had such a profound effect on happiness levels, both during and immediately following the weekend: They found that, overall, the people who were in the “vacation” group were “more mindful of and attentive to the present moment throughout their weekend’s activities” — which previous research supports as being a major player when it comes to stress reduction and overall feelings of well-being.

At the same time, though, it’s worth pointing out that it’s actually a privilege to be able to treat your weekend like a vacation — one that many people don’t have. First off, although the study was working under the assumption that “the majority [of American workers] get (and take) two days off from work every week” in the form of a weekend (which, to some degree, is true), that's not the case for everyone — and even though it's may be a comparatively small percentage of people who don't get two days off from work every week, the actual number of people is still pretty high when you think of it in terms of human cost.

Here's what I mean: As of 2018, 5.1 percent of employed Americans still work multiple jobs, according to Bloomberg — which, given that the number of employed Americans in 2018 was about 155 million per Statista and has since grown to around 157 million, means that somewhere around 7.75 million American workers hold multiple jobs. The reasons any one person might have for working multiple jobs are varied; much of the time, though, it’s due to the fact that wages are stagnant, but costs of living — not to mention things like student loan debt — are growing. But no matter your reasons might be, the bottom line is that people with multiple jobs are much less likely to have any sort of “weekend,” whether said weekend falls on Saturday and Sunday or on other days of the week: They’re often, y’know, using their days off from one job to work another.

What’s more, even if you’re not technically working multiple jobs in the traditional sense — that is, performing a task or service in exchange for money and/or other benefits — many people still “work multiple jobs”: If you’re a parent, childrearing is a full-time job; it’s just unpaid. Same goes for caring for an ill or elderly loved one. If you take care of a lot of stuff around your household and home — cooking and meal prepping, cleaning, maintenance, and so on — that’s more unpaid labor. All of these things are necessary, of course; the point, though, is that even during the days you’re not technically “at work,” you’re probably still at work in some way, shape or form.

For women in particular, it can really add up: Our culture is still at a point where childrearing and housekeeping are widely thought of as “women’s work” — so it’s unsurprising, although disappointing, that, in heterosexual households even when both parents work, women still end up handling most of the childcare and chores.

And, of course, there’s always the fact that, even if you are privileged enough to have one job that pays enough to support you and/or any dependents you might have, and your division of household labor is pretty much equal, many people still do work at least a small amount on weekends on a regular basis. According to one survey conducted in 2017, 70% of Americans said they worked at least one weekend each month; moreover, 63% said that they’re actually expected to work on your average Saturday or Sunday. Indeed, the pressure to work on weekends is so great that the majority of American workers keep working even when they’re on an actual vacation, let alone a normal weekend they’re just trying to think about like a vacation.

All of this is to say that thinking about your weekends as vacations isn’t a one-size-fits-all solution for solving the Sunday Scaries; for many people, it’s just not doable in the reality of everyday life. And that’s a systemic issue no amount of “vacation mindset” can fix. Livable wages, however? Affordable childcare? Things like that would go a long way towards helping ease the burden on folks who are literally working all the time.

While we’re fighting for those rights, though, as Holmes pointed out in her HBR piece, we might still be able to “gain the benefits of a vacation mindset” even if we don’t really have a “weekend,” per se — because the “vacation mindset” is mostly just being present, aware, and as in-the-moment as possible. If you have even one task you might be able to “slow down, notice, and make … more fun” as you make your way through your working weekend, that might help. Suggests Holmes, “Turn on some upbeat music in the car while running errands, or make yourself a margarita for folding laundry.” The break from routine is what makes the “vacation mindset” special, so it might still work as a stress-relieving or self-care technique to tide us over in the meantime.

Now if you’ll excuse me, I have some laundry to fold. I just need to haul my blender out first…