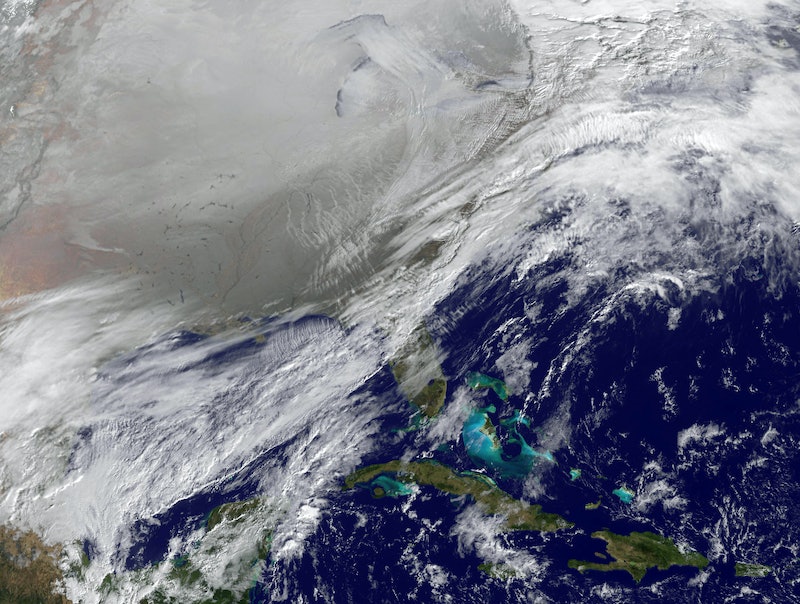 Meteorologists are sounding the alarm about the polar vortex hitting the Midwest on Monday, which is expected to last for the remaining days of January, bringing along some of the most intense cold the region has endured. It is the coldest winter a generation of Midwesterners has ever experienced, weather analysts have said.

According to AccuWeather senior meteorologist Mike Doll, some places in the Midwest could see temperatures fall below zero for 48 to 72 hours. Given the kind of "life-threateningly" frigid temperatures this weather system is bringing, over 1,600 flights have already been canceled throughout the country, according to FlightAware.

States like northern Illinois, Minnesota, Iowa, and both the Dakotas can expect to experience temperatures in the negatives by Tuesday evening, going on to Thursday, according to The New York Times. Though those places are no stranger to cold weather, National Weather Service meteorologist Brian Hurley told The Times that most of these states haven't experienced such a freeze since 1994.

The polar vortex is enough to warrant proactive safety measures for Wisconsin as well. On Monday, Gov. Tony Evers declared a state of emergency for locals considering the extreme winter weather. In a press release, Evers stated, "I’m concerned about the safety and well-being of our residents as this major storm and bitter cold moves in."

Under a state of emergency, the adjutant general of the Wisconsin National Guard, who is a military chief administrative officer, can summon military members to report for duty if the situation calls for it.

Amid all of this, you might be wondering what a polar vortex even is. According to CNN meteorologists Brandon Miller and Judson Jones, a polar vortex is a weather system that brings a massive circulation of intense and freezing winds. They run counterclockwise and circulate at the Arctic pole, their northern home.

And although "vortex" here is singular, a polar vortex packs multiple winds and can even lead to distortion, Miller and Jones said. This means that its normal placement in the north can dip toward the south, changing its trajectory and in turn, the places — and people — it will affect.

In the case of the polar vortex hitting the Midwest, the distortion caused the weather system to dip down south toward the United States, according to Miller and Jones. And it's not the first time America has experienced such a cold snap. In the winter of 2014, another polar vortex overwhelmed parts of North America.

If you're in the way of this polar vortex, there are certain steps you can take to make sure you and your loved ones are safe and warm.

For instance, prepare to wear layers as the temperatures are expected to drop below zero. If you're planning to travel, consider investing in a winter survival kit which would include flashlights, a first aid kit, non-perishable foods, blankets, and other things.

You might also want to be ready for a power outage and take steps to prepare in the event that that happens. And if you have pets, make sure to bring them inside. These little steps, as self-explanatory as they may be, can save lives.