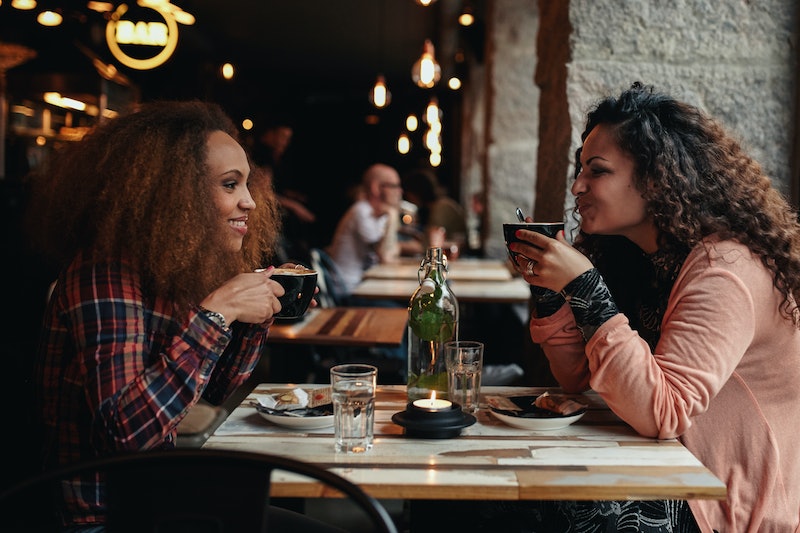 26 percent of women chose plant-based milks, according to Mintel, along with a third of 16 to 23 year-olds. In particular, oat, coconut, and almond milk have seen a significant rise in sales: in particular, sales of oat milk increased by 71 percent between 2017 and 2018, while coconut milk sales rose 16 percent and almond milk rose 10 percent.

Emma Clifford, Mintel's associate director of UK food and drink, said in a press release, "Plant-based milk alternatives continue to make further inroads into the mainstream, with high levels of innovation activity such as the entrance of Innocent Drinks to the market in 2018. Growth in this segment forms part of a much wider plant-based movement, driven by concerns around health, ethics and the environment, as well as by consumers’ love of variety in their diets."

Speaking of ethics and the environment, not all plant-based milks are equally impactful, the BBC reports — so if you're dodging dairy with hopes of preserving the planet, it's worth doing some research into which alternative to choose. A recent University of Oxford study found that producing one glass of dairy milk creates "almost three times the greenhouse gas emissions of any non-dairy milks," also demanding vastly more land and water to produce, according to the BBC.

But almond milk and rice milk, while requiring less water than dairy milk to produce, use significantly more than soy or oat milk. In particular, producing one glass of almond milk requires 74 litres of water — which, the BBC points out, is more than your average shower. There's also the matter of where your chosen milk was produced — the further it has to travel, the larger its carbon footprint. Uncertain just how much your food choices are impacting the planet? Use the BBC's calculator — and try not to wallow in shame.

More like this
Ben & Jerry’s New Sundae Flavours Are A Chocoholic’s Dream
By Sophie McEvoy
Here’s Where The NHS Nurses’ Strike Currently Stands
By Sophie McEvoy
TikTok Has A Genius Old School Hack For Saving Money
By Sophie McEvoy
What The UK Blocking Scotland’s Gender Recognition Bill Means
By Sam Ramsden
Get The Very Best Of Bustle/UK
Sign up for Bustle UK's twice-weekly newsletter, featuring the latest must-watch TV, moving personal stories, and expert advice on the hottest viral buys.