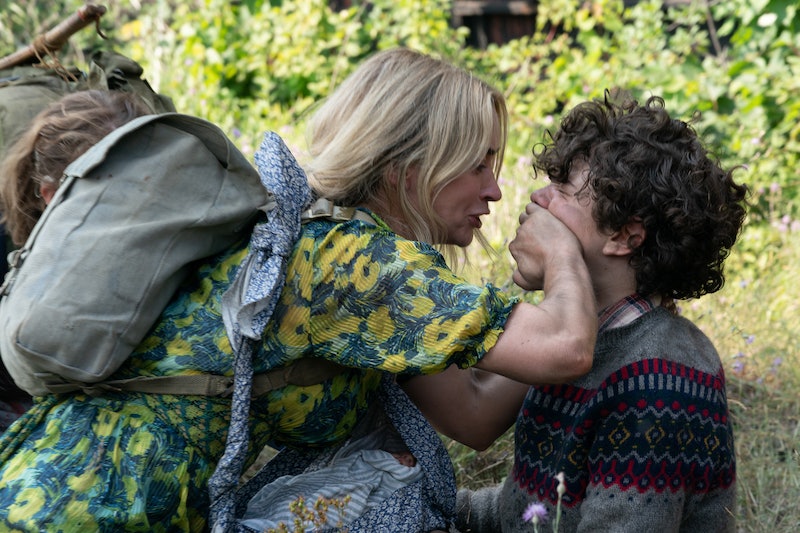 "One of the things I'm most proud of is that people have said our movie is one you have to see all together," Krasinski began his statement. "Well due to the ever-changing circumstances of what's going on in the world around us, now is clearly not the right time to do that." The director did not give a new release date for the film, but promised that there would be a "group movie date" for A Quiet Place Part 2 in the future.

The announcement came hours after news broke that the international release of A Quiet Place 2 would likely be delayed in Europe and the UK due to the temporary closure of movie theaters, and increased self-quarantine. It follows in the footsteps of major potential blockbusters No Time To Die and Peter Rabbit 2, which have already announced release delays. Meanwhile, big movies like Mulan and Black Widow still seem to be on track for their upcoming releases.

Echoing Krasinski's statement, Paramount Pictures released their own statement on the delay, saying that they would be "moving the worldwide release of A Quiet Place Part 2." The studio did not offer an alternative release date, but given the unusual and unpredictable nature of the COVID-19 pandemic, that's not surprising. However, Paramount did say that they still plans on releasing A Quiet Place Part 2 sometime in 2020. "We believe in and support the theatrical experience, and we look forward to bringing this film to audiences this year," read the statement in part. Perhaps they'll follow James Bond's lead and put A Quiet Place Part 2 in theaters sometime in October. It would be a pretty great Halloween movie, after all.

More like this
The 'Scream 6' Trailer Shows Off Hayden Panettiere's Return & Ghostface In NYC
By Jack Irvin and Jake Viswanath
Anne Hathaway Shared A "Thrilling" 'Princess Diaries 3' Update
By Darshita Goyal
Jennifer Coolidge Hunted For Jewels & Lashes In J.Lo’s Hotel Room
By Jake Viswanath
Keke Palmer Shares The Sex Of Her & Darius Jackson's Baby
By Jake Viswanath
Get Even More From Bustle — Sign Up For The Newsletter
From hair trends to relationship advice, our daily newsletter has everything you need to sound like a person who’s on TikTok, even if you aren’t.