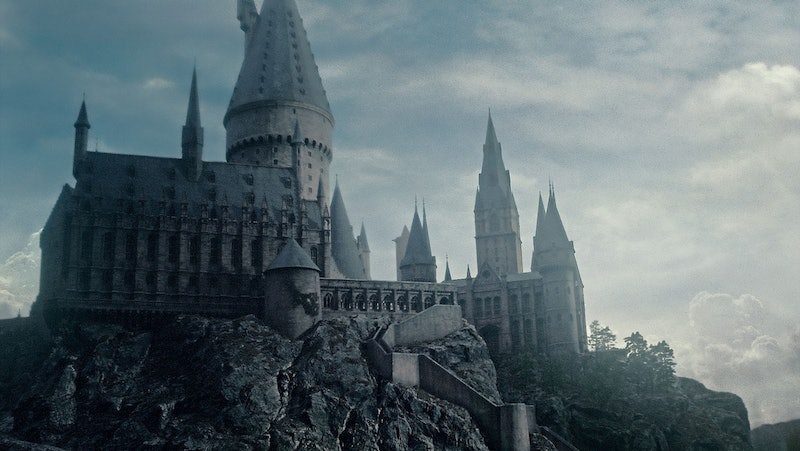 We've spent two decades waiting for our Hogwarts letters, and now our chance to go to school with Harry Potter has finally arrived. A real-life wizarding school is coming to the U.K., and you can order your tickets on Kickstarter later this month.

Housed in East Sussex's Herstmonceux Castle, the Bothwell School of Witchcraft will host weekend-long live-action roleplay (LARP) experiences for "students" who are at least 18 years of age by July 2017. Players will fill out a questionnaire when purchasing their tickets, and their answers will be used to design a character brief for their weekend at the castle. Robes and ties will be provided; wands will not.

Although the Bothwell School of Witchcraft is inspired by J.K. Rowling's Hogwarts, roleplaying as canonical Harry Potter characters will not be allowed. According to its website, "[t]he Bothwell School of Witchcraft is set in an entirely different universe and time with entirely new characters and new plots." Don't ruin the fun by trying to be Colin, Parvati, or Neville, OK?

At the Bothwell School of Witchcraft, students will get to attend magic classes, a banquet, and even a ball, but not before they are sorted into their school houses. Bothwell houses are named for the four witches and wizards who defended the school from the roundheads during the English Civil War. They are:

The Bothwell School of Witchcraft will host its first event from Aug. 11 to Aug. 13. For £400-450 — about $500 to $550 U.S. — students will receive meals and accommodations for two nights at the castle. Tickets will go on sale when the Kickstarter launches on Mar. 28.