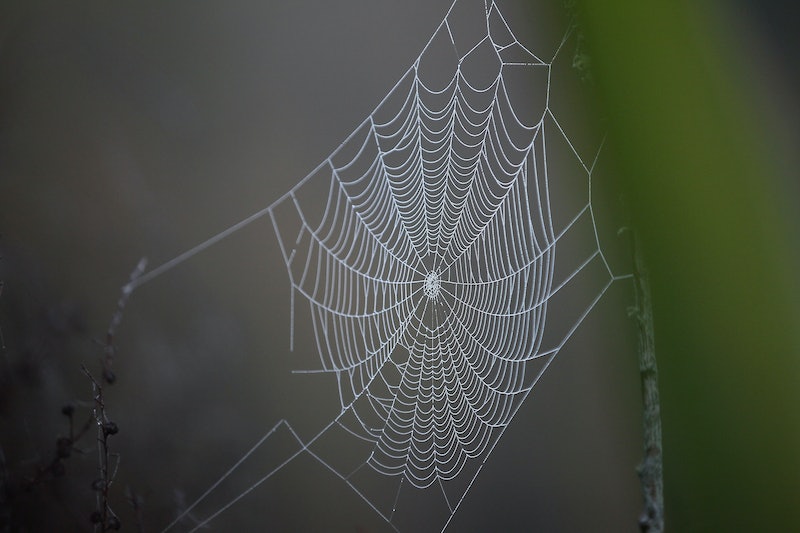 When it comes to the worst things I can imagine, having a bug take up residence in my ear tops the list. However, that's exactly what happened in China when a spider spun a web in a man's ear, according to a horrifying video published by Newsflare and shared by LiveScience that shows the eight-legged terror in the man's ear canal busily spinning the sequel to Charlotte's Web. I'll pause while you go clean your ears.

The man, identified as Mr. Li, went to the doctor after reportedly experiencing discomfort in his ear. Doctors found the spider, but the little bugger was moving too quickly to be extracted. Luckily, the spider was eventually flushed out of the ear with water. Before you panic, Medical News Today reported that having a bug make a home in your ear is not common, however it does happen.

Medical Daily published a story about bugs living in human ears, and detailed another case in China where a spider had lived inside a woman's ear for five days before being extracted. The story also reported that a woman in the U.S. was taken to the hospital where doctors found 57 maggots crawling in her ear. I'll pause again while you run to the drug store to buy a lifetime supply of earplugs to wear while sleeping.

While these stories are disturbing, they're not as common as another ear dwelling bug. The most common bug to crawl into ears is roaches, Coby Schal, an entomologist at North Carolina State University, told National Geographic. "Roaches are searching for food everywhere," Schal said, "and earwax might be appealing to them."

Furthermore, a Florida woman penned an essay for SELF magazine about having a roach extracted from her ear canal. She woke up in the middle of the night after feeling something strange in her ear before reaching in and pulling out legs. Legs! The roach was fully removed at the hospital.

If this happens to you, while it's certainly gross and terrifying, it's also unlikely to cause permanent damage if you stay calm. Signs and symptoms a bug is having a party in your ear canal, according to Medical News Today, include a buzzing sensation in the ear, a feeling of fullness, swelling, hearing loss, and bleeding or pus draining from the ear. Once you've identified that you have a bug in your ear, take a few deep breaths.

"It is essential to stay calm when trying to remove a bug, be it from someone else's ear or your own. Although having a bug in the ear is unsettling, becoming anxious will only make the situation more difficult," Medical News Daily advised. Next, tilt your head to the side and gently shake your head to try to dislodge the bug.

The most important thing to remember is that sticking anything in your ear can make things worse. And if you just can't even deal with any of this, head to your doctor, an urgent care, or the ER to have it removed by a professional. While the whole experience will be unsettling AF, at least you'll have a creepy story to tell at parties.