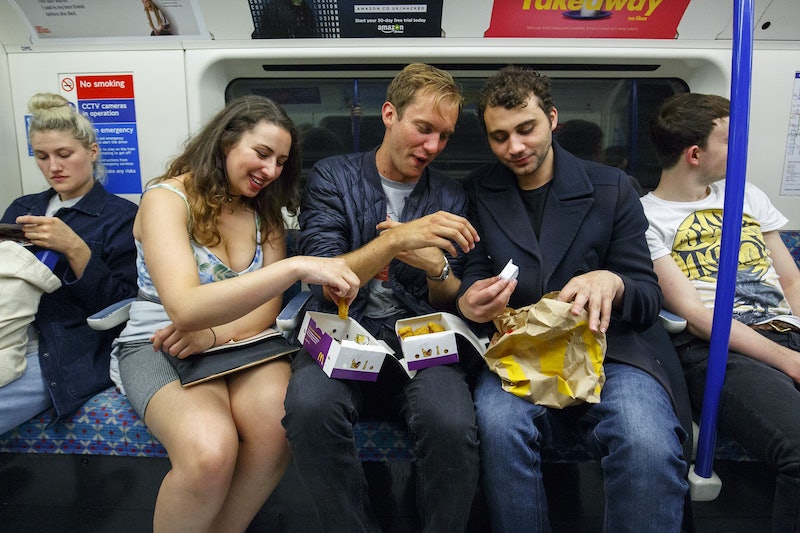 Childhood obesity is a crucial issue in the UK and across the globe, with the World Health Organisation having said it’s one of the most serious public health issues facing us in the 21st century. According to the Royal College of Paediatrics and Child Health one in five children are overweight or obese when they start primary school, rising to one in three when they start secondary school. By 2020 it’s estimated half of all children will be overweight or obese.

In her final report, Davies outlined the ways she’d tackle obesity among young people. She said:

"The unavoidable fact is that over time our environment has become very unhealthy without us realising. Our children are now suffering from painful, potentially life-limiting disease. Our politicians need to be bold and help everyone embrace healthier life choices."

Setting the target to halve childhood obesity by 2030, Davies suggested that by banning snacking on public transport, children won’t be exposed to so many unhealthy options.

Along with banning food and drink on public transport (other than water, breast-feeding, and anything that’s required for a medical condition), Davies has called for free water refills to be available at all food outlets, transport stations and public sector buildings. She has also suggest some changes to planning rules that would make it harder to open fast-food takeaways and an extension of the sugar tax to milk-based drinks, as well as adding VAT to unhealthy food products that are currently zero-rated, such as cake.

While increasing the tax on sugary food products isn’t anything new, the call to ban snacks on public transport hasn’t gone unnoticed by hungry commuters and not everyone is totally on board with it. One person wrote on Twitter, “This thing about banning eating on public transport is so maddening. It's only going to punish low income people who's only chance to eat is often when commuting between jobs/shifts. Or parents who grab a snack on the go because they've gone without so their kids don't.” Another said, “Just saw on BBC that England's chief medical officer is advocating for banning snacks on public transportation, and I'm just wondering how long she'd last in the tube with half a dozen fussy, hungry toddlers before she'd start chucking goldfish at them.”

However, one person pointed out that all the attention may be going to the wrong measure. They wrote, "We’re doubtful about banning snacks on local transport but it’s a shame it’s completely diverted attention from the other recommendations.”

The BBC said that the Health Secretary Matt Hancock said he would look at Davies' recommendations closely and that he said she had "done more than anyone to promote the health of the nation" over the last decade.

While it’s unclear whether the government will adopt Davies' suggestions, it’s safe to say that hunger commuters won't go down without a fight.