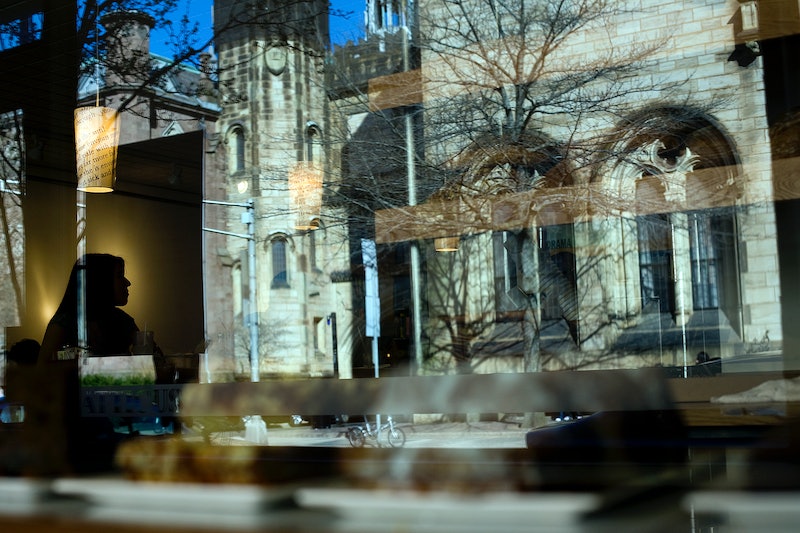 It's no secret that sexual assault trials can be grueling and painful experiences, with defense attorneys for the accused going to any lengths required to discredit the testimony of the alleged victim. On Wednesday, The New York Times reported that a Yale University student was found not guilty of rape, and detailed the line of questioning the defense team used to discredit the accuser, including grilling her about her Halloween costume and her behavior.

The student in question is 25-year-old Saifullah Khan, who was accused of committing a rape on the night of Oct. 31, 2015 ― Halloween night. His accuser alleged that he raped her in her dorm room at Yale that night while she was drunk. Khan maintained that the sexual encounter was consensual.

As The Times noted, for such a case to even be tried in a court of law, rather than addressed within the university system, is very rare ― only about 4 to 20 percent of women who are raped on college campuses report it to the police, according to statistics from the U.S. Department of Justice.

The kinds of questions and implications Khan's defense used to undermine the anonymous accuser's claims included, among other things, her choice of Halloween costume. Here's how The Times article by Vivian Wang and Cheryl P. Weinstock described Khan's defense.

Mr. Khan’s lawyers worked relentlessly to discredit the account of the woman, who was not identified by name in the arrest warrant application. They asked repeatedly how much she had to drink, and how she could claim not to remember certain details, such as how she arrived back at her dorm room, but remembered others, such as the alleged assault itself. They parsed her text messages with Mr. Khan, asking if she had not been flirting with him in the days before the incident. They showed off her Halloween costume, a black cat outfit, and asked her why she had not chosen a more modest one, such as “Cinderella in a long flowing gown.”

It's well known that defense attorneys attempt to discredit rape and sexual assault accusers at trial. Sometimes, this is done by bringing up drug or alcohol use, or records of friendly interactions between the accuser and accused before or after the alleged incident. In short, criminal defense attorneys are supposed to provide their clients with the strongest and most vigorous defense possible. In sexual assault cases, that often gets very ugly. In this case, it also included scrutinizing Khan's accuser over her choice of Halloween costume, as though wearing a supposedly revealing cat costume indicates one's sexual consent.

National Sexual Violence Resource Center spokesperson Laura Palumbo told The New York Times that this kind of defense strategy preys on some familiar triggers and traumas experienced by many sexual assault survivors, as well as public misunderstandings of how sexual assault affects victims.

"It is very intentionally working to trigger victim-blaming and stereotypes and misconceptions about sexual assault," Palumbo told The Times. "You must in interested in sexual behavior just because of how you're dressed or drinking."

Khan was found not guilty on all four felony sexual assault charges he faced. He was suspended from Yale a few days after his accuser reported him to the police.

It has not yet been determined whether he'll now be allowed to continue his education at the college ― Yale reportedly did not comment following the verdict on Wednesday ― but his lawyers Daniel Erwin and Norm Pattis called on Yale to reinstate him following the verdict. They went further than they were obligated to, as well, claiming that living on a college campus is not "the real world."

"We’re grateful to six courageous jurors who were able to understand that campus life isn’t the real world," the pair said in a statement, according to The New Haven Register. "Kids experiment with identity and sexuality. When an experiment goes awry, it’s not a crime."