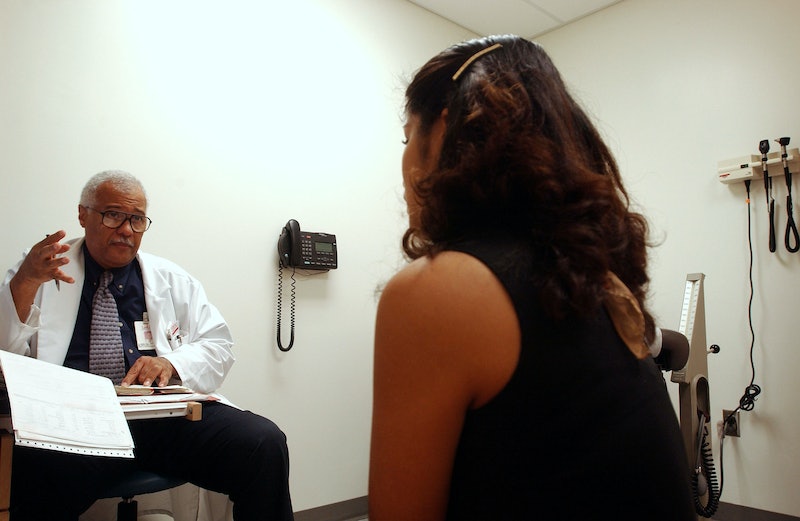 Anti-choice lawmakers and activists have established bills requiring patients to wait a certain amount of hours or undergo counseling sessions before having abortions, often under the belief that extra time might encourage them to reconsider their choice. However, a study examining one such law in Utah found that mandatory 72-hour waiting periods and counseling sessions pre-abortion didn't change women's minds about having the procedure.

The study, from researchers at the University of California, San Francisco (UCSF)'s Bixby Center for Global Reproductive Health, examined the effects of Utah's mandatory 72-hour waiting periods and two-visit requirements implemented in May 2012. Under this law, prior to having an abortion, patients must attend an in-person counseling session (featuring state-directed information designed to discourage them from having abortions) and then wait 72 hours before they can actually have their procedure.

Through data previously collected from 500 women, who were surveyed first at their informational visits and again three weeks later over the phone, researchers found that 63 percent of the patients said they didn't experience a "change in certainty" after the information session and 74 percent reported no change after the waiting period. Most women who experienced a change in certainty reported being initially "conflicted" from the start.

This isn't the first study to look closely at Utah's waiting periods and counseling sessions and find them lacking — or the first to determine that most people don't regret their abortions. However, this one also sheds light on the additional obstacles created by the 72 hour waiting period which, according to the Guttmacher Institute, have also been implemented in Missouri, North Carolina, Oklahoma and South Dakota, in addition to Utah.

Ally Isom, a spokesperson for Utah's Governor Gary Herbert, told Reuters back in 2012 that the Governor believed "the bill appropriately allows a woman who's facing that decision [to have an abortion] to fully weigh her options and the implications of that decision." However, the researchers behind this study found that the requirements limited patients options far more than they gave the chance to weigh them.

In a further breakdown of the study, researchers noted that patients were more troubled by "financial costs, logistical hassles, and extended periods of dwelling on decisions they had already made." Particularly for lower income folks, forcing patients to take off work and make arrangements to get to multiple appointments (whether that's transportation, childcare or any other obstacle) could put them in a desperate situation. Additionally, researchers reported that some women were worried they wouldn't be able to have the type of procedure they preferred and that the waiting period even pushed "at least one woman beyond her facility's gestational limit for abortion."

While research also indicates that more women experience regret from being denied abortions than those who regret having them, it's looking like lawmakers have yet another reason to make a woman's right to an abortion more accessible.