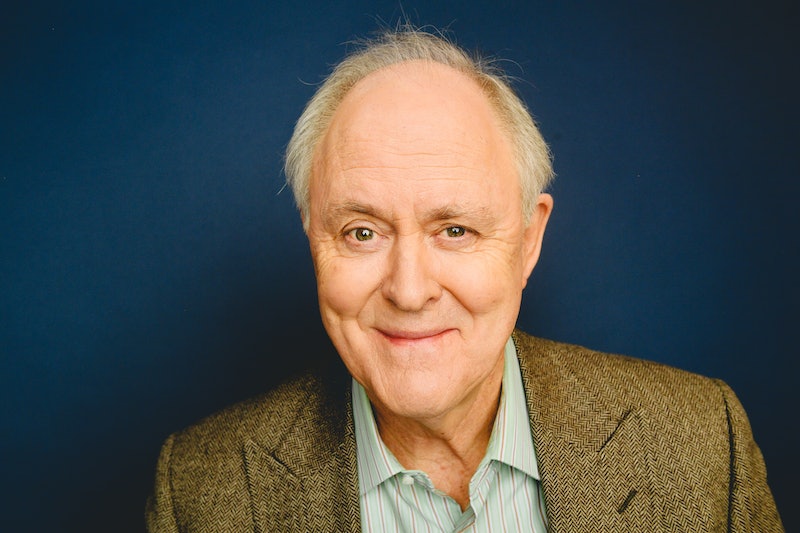 The Great British Bake Off is entertainment at its absolute finest. Watching people bake incredible delights, learning history of various foods, and (if I'm totally honest) seeing people muck up makes for some excellent viewing. What could possibly improve it? How about adding a decidedly random mish mash of celebrities and making it in aid of a good cause? Yes, I'll take five. The Great Celebrity Bake Off in aid of Stand Up To Cancer is just the ticket, and this year's line up is top. So who is John Lithgow? This contestant in particular is a pretty darn familiar face, right?

OK y'all, Lithgow is a seriously well-respected actor. One of those actors who has flexed their muscles in all kinds of roles and proven himself to be a bit of a legend. He has film and TV credits as far back as the early '70s but he is best known for a few stand out roles which I know will have you shouting "BINGO!", at the top of your voice once you hear them.

Do you remember 3rd Rock From The Sun? Lithgow became a household name in this sitcom, playing an alien in disguise who made a go of living on earth with some pretty hilarious results.

He's flexed his comedy muscles more recently too, with his roles in Pitch Perfect 3, How I Met Your Mother, and spoof crime drama Trial And Error keeping viewers laughing until they nearly pee their pants. Y'all know he's not just a one trick pony though, he has a load more acting skills up his sleeve.

Fans of more dark and thrilling entertainment will probably remember him from Dexter. Lithgow played the utterly chilling and creepy serial killer Arthur Mitchell. Mitchell was known as the "Trinity Killer" and became the ultimate rival to Dexter's code of murdering conduct. I know, so messed up. But Lithgow's performance was so convincing that it earned him a Golden Globe and an Emmy.

If a thriller about a psycho killer is potentially not your vibe, Lithgow gained even more fans after playing former UK Prime Minister Winston Churchill in Netflix's deliciously dramatic The Crown. Critics loved him, and he received both an Emmy and a SAG award for that performance.

The show has garnered a shedload of fans since it began and Lithgow's performance is a serious standout. Speaking to The Telegraph about the role at a press event in Paris he said, "I thought they’d got the wrong guy. I was intimidated by the role, but I wasn’t about to say no to it".

Wonder if he thought the production team at GBBO had the wrong guy when they called him up to ask him to come on the show? Well who knows, but with other contestants like Russell Brand, Big Narstie, Caroline Flack, and Georgia Toffolo making up the line-up for this year's competition — this might be his most challenging role yet.

Watch The Great Celebrity Bake Off in aid of Stand Up To Cancer, at 8p.m, March 5 on Channel 4.

This article was originally published on March 5, 2019