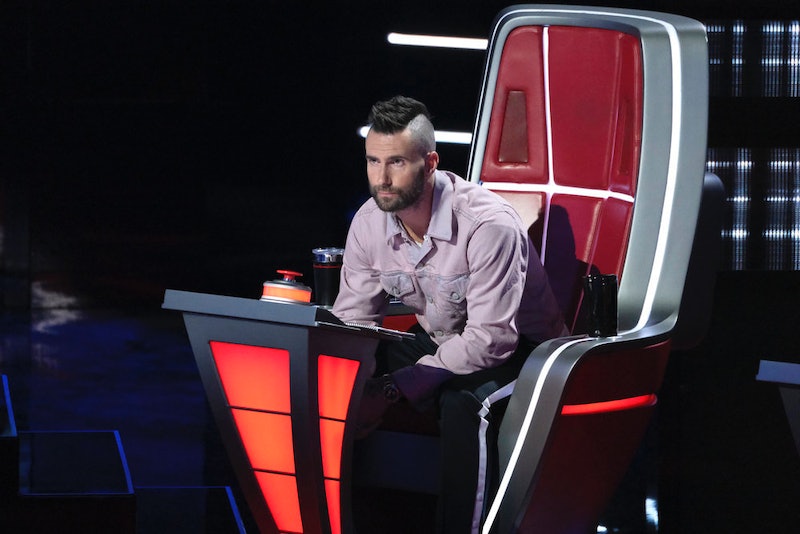 After 16 seasons, Maroon 5 frontman Adam Levine is officially leaving The Voice and putting his button-smashing days behind him. Levine, a three-time competition winner, has served as a coach on the series since its 2011 inception. And while he had initially planned to return to Season 17 of the singing competition this fall, the musician appears to have had a change of heart.

Levine's departure was announced by The Voice host Carson Daly on a Friday, May 24 segment of Today. “After 16 seasons, Adam Levine, our beloved coach and friend, has decided to leave The Voice. Adam was one of the original coaches who launched the show, winning the competition three times and inspiring many of the artists that he worked so closely with over the years," Daly said of the longtime coach who helped launched the Emmy-winning competition show. "He’ll always be a cherished member of the Voice family… and we wish him nothing but the best.”

Following the announcement, Levine took to Instagram to confirm the news with a lengthy post. Accompanied with a photo of the original Voice coaches — Levine, Blake Shelton, Christina Aguilera, and CeeLo Green — on the cover of Rolling Stone, he reflected on the “life shaping experience” of working on the series, but explained that “it was time to move on.” He wrote, “I am truly honored to have been a part of something I’ll always cherish for the rest of my life. Thank you to every single coach I ever sat in those chairs with. That is shared experience that is singularly ours. We have that for life. Thank you to everyone who supported this long strange and amazing left turn into a place I never thought I’d go.”

He also paid homage to his fellow coaches, starting with Blake Shelton, the only other coach who has been there since the beginning. “BLAKE F*CKIN’ SHELTON. I couldn’t hide my love for you if I tried. Seriously. I tried. Can’t do it. Our friendship is and always will be one for the books. Whatever this whole surreal experience was, Im just happy I got to experience it with you. You’re my brother for life," he wrote. Levine continued, thanking Season 16's other two coaches, Kelly Clarkson and John Legend, as well as the fans. "Kelly and John, take care of the cowboy and I’m sure I’ll be back to say hi very very soon. So much love to you both. And lastly, to all of the loyal voice fans, there’s literally no show without you guys. For me, it was time to move on. Your support has meant EVERYTHING." He concluded the heartfelt post with a simple, "What an amazing ride. Thank you all so much."

Shelton — whose friendship with Levine became a fan-favorite series dynamic — reacted to the news on Twitter shortly after the announcement. "Having a hard time wrapping my head around @adamlevine not being at @NBCTheVoice anymore," he wrote. "After 16 seasons that changed both of ours lives. I only found out about this yesterday and it hasn’t set in on me yet. Gonna miss working with that idiot."

Clarkson also took to Twitter to talk about her colleague. "Found out last night about @adamlevine leaving The Voice & while I get that he’s been doing the show 4 a while & wants to step away, it will be weird showing up 4 work & he’s not there," she wrote. "To start an amazing show from the ground up is a big deal!"

Levine will be replaced by Gwen Stefani — who previously served as a coach for three seasons — in the forthcoming season. The No Doubt singer will be joined by coaches Legend, Clarkson, and her boyfriend Shelton, who she met on set of the singing competition series during her first time as a Voice coach in 2014. Season 17 is expected to return some time toward the end of September on NBC.

While fans will certainly miss Levine and Shelton’s bromance, Stefani’s addition to the new season will bring a fresh dynamic to the returning coaches. And who knows? Perhaps Levine's departure won't necessarily be his last tenure on the famed red chair. Comebacks are always possible on The Voice, after all.