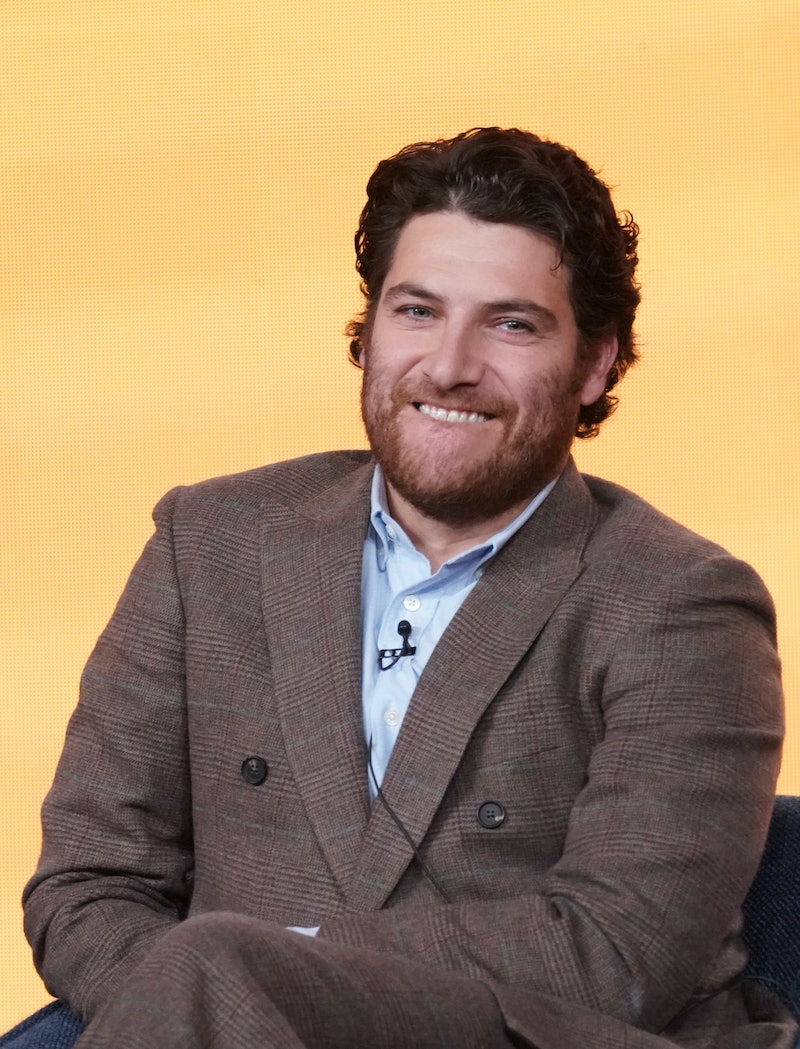 One Star Wars figure has finally broken their silence about a contentious issue: Adam Pally called Baby Yoda a diva on the heels of his viral The Mandalorian punch. Pally, who guest starred on the Season 1 finale of the Disney+ series alongside Jason Sudeikis in December, discussed the punch heard ‘round the internet at the Television Critics Association's winter press tour on Saturday. In an interview with The Hollywood Reporter, Pally touched on the numerous takes the punch took and revealed that he was otherwise unbothered by the controversial scene.

"I remember the first take when I punched it, they called ‘cut’ and [creator] Jon [Favreau] was watching on a monitor on his office and he came down and said, 'I just want to let you know that this is the hero, Yoda, and it costs like $5 million,” Pally told THR. “‘So, though I want you to hit it, I just want you to know that.' Because I think I took a big swing. The next three takes I missed because I was so nervous!”

When asked about how it felt to punch the beloved Child, Pally remained unfazed. “As a human, I don't care,” he said. “It's not a real baby nor a thing, so I'm fine with it!" As for what Baby Yoda was like on set, Pally joked, “The truth is Baby Yoda is a bit of a diva [and] constantly vaping!"

At the TCA press tour, Pally also revealed how his cameo with Sudeikis reached fruition. "I've been friends with Favreau for a little bit and he said he had this thing that he needed someone to do something special," he said. "So Jason and I talked and were like, 'Yeah, we really want to be part of it.' It was a thrill."

In the finale, Pally and Sudeikis appear in the opening scene and punch Baby Yoda in the head while their villainous ringleader Moff Gideon has Mando and co. cornered. While the Child was inevitably rescued by droid IG-11, Twitter still reacted accordingly to the punch as one user tweeted, “Not to be dramatic but Jason Sudeikis and Adam Pally should be jailed indefinitely.”

While Sudeikis has yet to address the brutal but comedic scene, his longtime partner Olivia Wilde revealed she visited The Mandalorian set earlier this month and played with the Child. “It was the coolest set I’ve ever been on," Wilde told Variety. “When I saw that Baby Yoda, I went over and played with that thing for too long.”

While Baby Yoda obsession has reached a fever pitch among fans and actors alike, Pally appears to be utterly unfazed.

More like this
Raven-Symoné Addressed Fan Pushback To Her Name's Actual Pronunciation
By Stephanie Topacio Long
The 2023 Super Bowl Commercials Feature A 'Breaking Bad' Reunion & Missy Elliott
By Alyssa Lapid
Turns Out George Clooney Is A Huge Fan Of This Classic British Game Show
By El Hunt
'Bridgerton's Regé-Jean Page Is The World’s Most Handsome Man
By Darshita Goyal
Get Even More From Bustle — Sign Up For The Newsletter
From hair trends to relationship advice, our daily newsletter has everything you need to sound like a person who’s on TikTok, even if you aren’t.