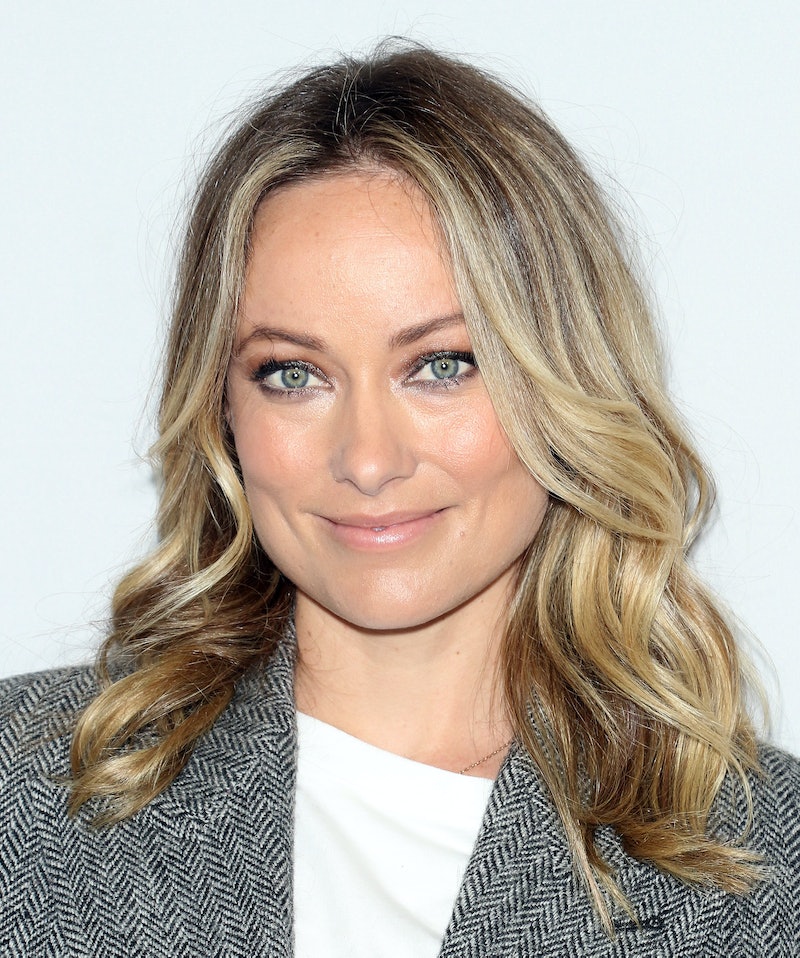 While The Mandalorian concluded its first season on Disney+ last month, the Baby Yoda news mill continues to delightfully churn. In a new interview, Olivia Wilde revealed she played with Baby Yoda when she visited the set of The Mandalorian. In light of her fiancé Jason Sudeikis’ infamous guest role as a scout trooper who punched Baby Yoda on the head, Wilde dished on the “exciting” set visit to Variety at the Film Independent Spirit Awards Nominees Brunch on Saturday.

“It was the coolest set I’ve ever been on. I was freaking out,” Wilde told Variety. “The technology that they have innovated in order to create The Mandalorian is really exciting. It’s a whole other level. What Jon Favreau has brought to the table is a whole new technology.”

She continued, “And when I saw that Baby Yoda, I went over and played with that thing for too long.” In the Season 1 finale, Wilde's longtime partner Sudeikis played a scout trooper alongside Adam Pally in a comedic but brutal scene: With Baby Yoda in tow, the two await instructions from Moff Gideon (Giancarlo Esposito) and punch The Child when it makes too much noise (and bites). While Baby Yoda was inevitably rescued by IG-11 (Taika Waititi), the damage of the punch had already been done.

On Twitter post-finale, Mandalorian fans reacted accordingly to Pally and Sudeikis’ Baby Yoda punch. One Twitter user wrote, “Not to be dramatic but Jason Sudeikis and Adam Pally should be jailed indefinitely,” while another wrote, “I'm suing Disney for emotional damage. They did NOT have to PUNCH Baby Yoda MULTIPLE times.”

The Mandalorian, which debuted on Disney+ in November, follows a lone bounty hunter (Pedro Pascal) as he makes his way through the outer reaches of the galaxy after the fall of the Empire. Since its premiere, the series’ introduction of The Child (dubbed Baby Yoda by the masses) has taken the internet by storm. With Baby Yoda memes, the New York Times’ “Baby Yoda is Your God Now” write-up, and the Baby Yoda plush’s No. 1 best-selling status on Amazon, Baby Yoda obsession has since reached a fever pitch.

At the nominees' brunch, Wilde — whose directorial debut Booksmart garnered an Independent Spirit Awards nom — expressed an interest in helming a Mandalorian episode amid its Season 2 renewal. “Oh, that’d be great,” she said. “I would love it. I would absolutely.”

A Wilde-directed episode of Mandalorian? As long as nobody punches Baby Yoda.