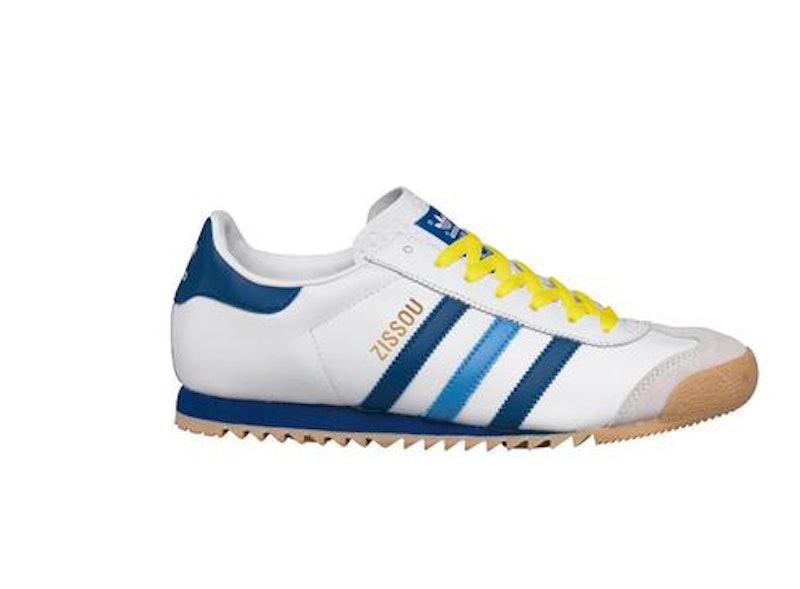 If you're a major Wes Anderson fan, you might know something about Steve Zissou's impeccable fashion sense. From the red knit hat to the white Adidas Rom trainers, he's got impeccable street style. And now, you can come one step closer to copying his look with Adidas' Limited Edition Zissou shoes. Since The Life Aquatic with Steve Zissou came out, fans have been low key begging Adidas to create a copy of the kicks, and they even went as far as filing a few petitions to the company as far back as 2004. After over a decade of waiting, the brand has finally listened to their suggestions.

The kicks actually have a longer history than just appearing on Zissou's feet, and herald back all the way to the '50s. "The Adidas Rom trainers were first released in 1959 as a training shoe but became incredibly popular in the 1980s," Mashable explained.

But Zissou — played by Bill Murray — brought them back to life, making the white trainers with their blue stripes and canary yellow laces iconic. If you're dying to get your hands on a pair of your own, there's a bit of a disappointing catch. While Adidas released the shoe, they didn't exactly make it available to the average shopper.

"The shoes were actually released in a very secretive manner during the We Love Green festival in Paris, France," Hype Beast reported. Only 100 limited edition sneakers were made, and the brand released them as a treat since the festival featured Seu Jorge, the Brazilian musician who played in the movie and recorded a series of David Bowie songs in Portuguese for the soundtrack.

To give you a refresher on just who he is, check out the video clip from the movie below:

While it was an amazing idea to honor Seu Jorge in such a creative way, it's too bad fans outside of the festival couldn't get in on the action. But don't worry; if you really want them you can probably find a pair or two floating around on eBay. As of right now it is unclear if Adidas will plan a wider release for the Zissou kicks, so keep those petitions circulating! In the meantime, contend yourself by rocking the iconic red beanie.