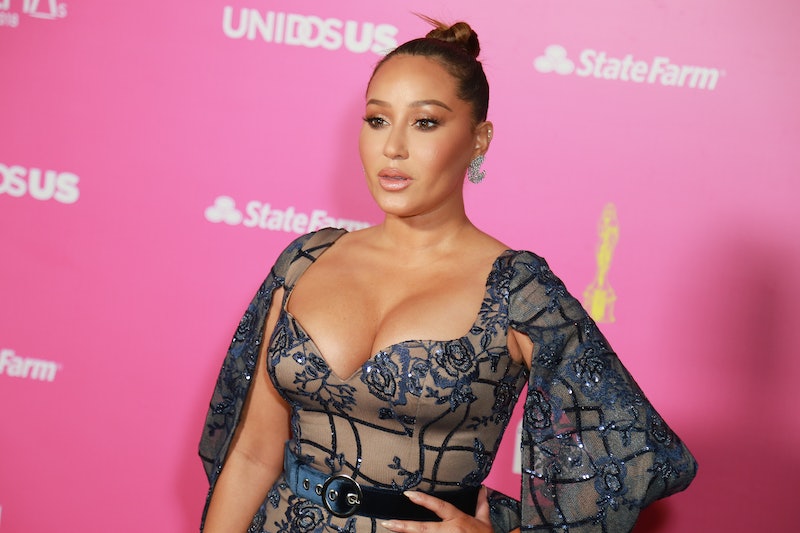 If you're a longtime fan of Keeping Up With the Kardashians, you'll likely remember back when Rob Kardashian dated Adrienne Bailon more than a decade ago. In a recent interview with Us Weekly, Adrienne Bailon talked about her old relationship with Rob Kardashian, and her comments detailed exactly why people should move past her brief time dating the reality star.

Bailon, who dated Kardashian from 2007 to 2009, opened up about the focus that the public places on that specific relationship. In response to the fixation, she said, “I do think it’s funny,” and continued, “Only because it really is the shortest relationship I’ve ever had.”

The co-host of The Real related that she was bothered by this because people didn't acknowledge her accomplishments outside of that specific point in her dating history. She said to Us Weekly,

“I was like, ‘Guys, but I’ve accomplished other things.’ And I think that even got misinterpreted as me saying at some point I wish I had never done the show. I don’t think it was that at all … I just was annoyed that people tried to say that that was the only thing I had accomplished. … So that was a sucky spot in my career.”

Bailon is all about the present now and is super happy in her relationship with her husband Israel Houghton, whom she wed in 2016. But, just because she'd like the conversation surrounding her relationship with Kardashian to stay in the past (where it should be), that doesn't mean that she has any hard feelings for the Kardashian crew — at all. In fact, she's currently on good terms with her ex-boyfriend's sister, Kim Kardashian.

In July, Kim took to her Instagram Story to share the movie that she and her daughter, North West, were currently watching, according to E! News. And it just so happened that the film was The Cheetah Girls, which stars Bailon. She specifically shared a screenshot of the star and tagged her in the post, adding some sweet hearts around the snap. In a subsequent post on her Instagram Story, she wrote, "Should I break the news to North that this could have been her auntie?!?!?!"

In response to the posts, Bailon wrote on her own Instagram Story, per E! News, "Just woke up to this! Lol," she said, while sharing Kim's ode to The Cheetah Girls, "Hysterical! Cheetahlicious!"

Aside from Kim, Bailon recently shared her love for one other member of the KarJenner family in particular. She told Us Weekly,

“I always joke, I’m like, ‘Man, I’m going to come through with some sunglasses on one day and just live my best Kris Jenner life.’ She’s fly. She’s super fly.”

That sounds like a winning idea if I've ever heard one. Bailon is clearly living her own best life right now and has put the past, including her relationship with Kardashian, behind her. So, maybe it's time that everyone else moves on, just like the talk show host has obviously done herself.