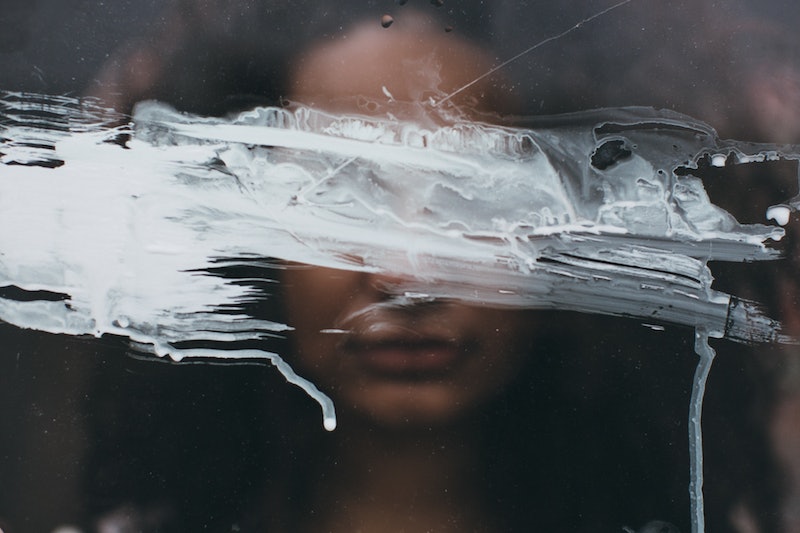 In 2011, I took the leap from my comfort zone, and moved to Brooklyn for graduate school. A little over a year later, I received a letter from the Social Security Administration. It announced that I would no longer receive disability benefits (most notably, health insurance) in the state of New York, and needed to appear at my local office to discuss the fraudulent collection of New York State Disability. According to my social security number, I had been employed and collecting money from a job in Pennsylvania.

...My mother lived in Pennsylvania.

Throughout my life I’d come to know her usual collection of manipulative lines:

According to my social security number, I had been employed and collecting money from a job in Pennsylvania.

...My mother lived in Pennsylvania.

Growing up, I frequently experienced hospital stays without my mother present. My memories of her often aren’t actually memories of her. They’re more memories of my wondering why she was absent at such important times — why her other relationships and personal space were always more important. The memories I do have are those of her and me springing for hotel rooms in the middle of the night because my stepdad was drunk again. Worse, I remember that we always returned home in the morning.

My disability served as a tether connecting my mother and me. I needed her to take care of me, and she needed someone who couldn’t leave her. I don’t know that my mother was ever able to see me as a person separate from herself. I’d long experienced the disappointments of her manipulative hold over me — a hold that she seemed to feel entitled in having.

It was a series of lies that led me to completely unravel upon finding out that the abusive father I grew up with wasn’t actually my father. It was these lies that left me abandoned at crucial times in my adolescence, and completely disregarded in times of personal crisis. I don’t know if she ever had hopes for my future, or expected me to thrive as an adult on my own. I don’t know that she ever saw me as a person of value. In an odd way, I sometimes hope that she didn’t — that she used me because she genuinely never thought it would hurt me.

The often thankless sacrifices of being a mother to a disabled daughter seemed to instill a belief in her that she was owed something in return — that somehow the rest of my life would be spent indebted to her for the hardships I’d caused simply by being alive and being hers. I was raised to praise her for anything she’d done that even slightly resembled what a mother does for their child. This was her going above and beyond. This was her loving me despite me.

Holding the letter, I remember crying the angriest tears I had maybe ever cried. I picked up my cell phone, slowly scanned down my contact list to V, took a deep breath, and hit send. She tried to deny it at first. Played it down.

“Why am I employed in Pennsylvania? I’ve never had a job in Pennsylvania. It says I work at your office.” I replied, speaking to her more sharply than I probably ever had before.

“Well, you know how I told you that I needed help with some billing and stuff? And I told you you could do it remotely, and I thought you said yes, so I told my boss you were going to do it, and we talked about it, and you said you didn’t want to do it. And I couldn’t just tell my boss, I would have looked so bad…”

She rambled faster and more desperately than I’d ever heard her before.

“You never asked me that.”

“Yes, I did. I’m sure I did. And you said you’d do it, and then when you didn’t I had to fix it. So I just said you were doing it, and I did it myself from home. I only did it for a little while. It wasn’t a big deal.”

I needed her to take care of me, and she needed someone who couldn’t leave her.

But it was a big deal. It was a huge deal. It was the last straw in a series of seemingly endless abusive behaviors and disappointments. This wasn’t a lie, but a series of lies. Multiple instances of jotting down my social security number, forging my name, collecting funds that weren’t hers to collect, misusing the trust a daughter has in her only parent.

I would soon learn of a credit history of debt accrued in my name that trailed back to my early youth. I came to realize that my social security number was what she clung to all those years that I was clinging to her.

Too proud to show flaws, or have her character or choices questioned, my mother’s key to our survival as a family seemed to be in our silent solidarity. She always seemed to be on the lam, running from anything and everything that hurt her, with a willingness to leave her three children behind if need be — but we never knew what it was that she was running from.

We bounced from home to home, apartment to apartment, state to state. She cried for stability, but was always quick to destroy the potential of actually having it long before it ever came to her. In my mother's mind, it seemed everyone and everything was against her. And in that reality, she had cared for me despite a devastating illness, so it was my job to be the one person that never challenged or questioned her.

She always found ways to minimize her actions, or convince me that if she ever did the wrong thing, it was always for the right reasons.

“You’re the one that told me I needed to get away from [him].”

“I never thought it would even get back to you, let alone hurt you. It was such a small thing.”

I always found ways to convince myself that she used me because she needed me, and I desperately wanted to be needed. My body’s limitations often left me feeling like a burden to those around me. Convincing myself that she needed me buried those feelings down deep, and gave me a sense of purpose.

I always found ways to convince myself that she used me because she needed me, and I desperately wanted to be needed.

I spent the early hours of the morning of my appointment vomiting. My stomach in knots, I went to the Social Security Office, carrying the letter and a copy of my credit report, which was filled with maxed out credit cards, missed payments on leased apartments, and utility bills that had gone to collections — all accounts that I’d never known about.

At my appointment. I stared at the floor as I told the truth. I asked what I needed to do to clear these things up, as I needed my disability benefits while in grad school — I couldn’t obtain health insurance any other way. I was told I had two options: We could contact the police and file charges against my mother (the option he notably said I should do), or I could keep this information in my file, pay the state back the funds that had been earned under my social security number, and go through the qualification process again.

I hated her that day.

That week. That month.

A lot of months.

I chose the latter, and asked my mother to send me funds to help cover the costs as soon as possible. Even in anger, I couldn’t imagine sending my own mother to jail. I worried she couldn’t handle the consequences of her own actions. In our familiar role reversal, I convinced myself once again that I needed to take care of her.

I spent the next few months speaking to her sporadically, but could never get over the anger that I felt. I could never seem to confront how much I resented her for holding her happiness and comfort above my future. I resented her more and more every time we spoke as though it had never happened. She’d looked at all of this as a thing of the past, over and done with. But this was my present. This is my future.

Eventually, I stopped answering the phone. I started working to pay off and close the accounts on my records. I gradually began to live my life on my own — to find myself apart from her and her needs. Through our distance, I found strength and value in myself.

I don’t remember the last time we spoke. I don’t remember if I told her I loved her, if I was distant, or seemingly fine. I don’t know that it really matters three years later, but it feels like a horrible thing to admit. It’s heartbreaking to love someone you know isn’t capable or deserving of your love. I have days where I wish I could call her for strength and support, and I will love her for the rest of my life, but through our distance, I’m learning to love me too.

When I dream of her now, she apologizes and again says, “I’m sorry. I’m a horrible mother…”

And I, for once, find the nerve to just say it: