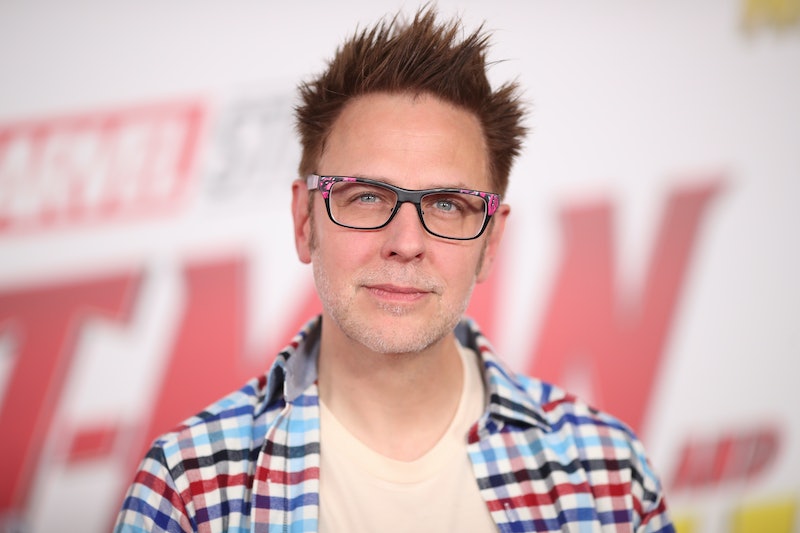 Gunn took to Twitter on Friday to thank fans and Disney/Marvel for their support following his reinstatement. He wrote:

"I am tremendously grateful to every person out there who has supported me over the past few months. I am always learning and will continue to work at being the best human being I can be. I deeply appreciate Disney's decision and I am excited to continue making films that investigate the ties of love that bind us all. I have been, and continue to be incredibly humbled by your love and support. From the bottom of my heart, thank you. Love to you all."

Walt Disney Studios originally parted ways with Gunn after a series of offensive, old tweets dating back to 2009 resurfaced in July 2018. Alt-right media figures began sharing screenshots of Gunn's alleged tweets — which contained homophobic and crude content — and calling for Marvel to take action. Shortly after, on July 20, Walt Disney Studios fired Gunn and released the following statement from Walt Disney Studios' Chairman Alan Horn: "The offensive attitudes and statements discovered on James' Twitter feed are indefensible and inconsistent with our studio's values, and we have severed our business relationship with him."

Gunn responded to the firing in a statement obtained by Bustle, in which he apologized for the content of the tweets:

Gunn's firing divided fans at the time, particularly after actors from the Guardians cast — Chris Pratt, Zoe Saldana, Bradley Cooper, and Dave Bautista — signed an open letter of support for Gunn, which they shared on social media a few days later on July 23. the letter urged Disney and Marvel to rehire Gunn, but did not appear to result in any immediate action. Development on the third film in the Guardians trilogy stalled, and, according to Deadline, filmmakers Adam McKay Taika Waititi were once speculated to direct the third film, but no official talks ever happened.

By January, 2019, Gunn was hired by DC Studios to helm Suicide Squad 2, which has an August 6, 2021 release date. Upon Gunn's rehiring on Friday, March 15, Deadline reported that Marvel will hold off Guardians 3 production until after Gunn has completed his duties in the DC universe.

Twitter's reaction to Gunn's reinstatement has come strong and swift, with Gunn's name, as well as "Guardians of the Galaxy 3," trending on the social media platform. Some fans are excited about the news, celebrating Gunn's ability to finish out the Guardians franchise he began in 2014.

But other fans are upset about his return to Marvel and expressed this via social media.

One Twitter user even calling out the disparity in fan reaction between the comments made by Gunn and the backlash received by Captain Marvel star Brie Larson for requesting to have a more inclusive press tour for her film.

While other Twitter users seem to want to steer clear of the conversation all together.

With James Gunn back on board the Guardians franchise, and the influence Marvel wields on the entertainment landscape, this news could set a precedent for what kind of tweets are accepted and tolerated by major studios. In the meantime, Gunn will be hard at work on two new superhero flicks.

More like this
You Definitely Know The Voice Of Shuri's AI In 'Black Panther: Wakanda Forever'
By Brad Witter
This James Bond Event At Abbey Road Studios Was A 007 Fan's Dream
By Samantha Rollins
The 'Love Actually' Reunion Is Missing A Major Player
By Bustle UK
Meghan Markle Wishes Learning Royal Protocol Was Like 'The Princess Diaries'
By Jake Viswanath
Get Even More From Bustle — Sign Up For The Newsletter