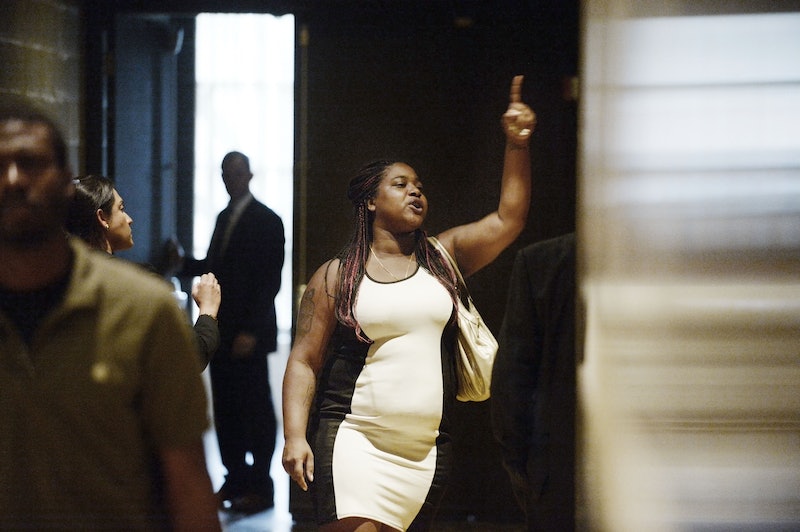 On the morning of Dec. 30, civil rights activist Erica Garner passed away after suffering a heart attack, according to her official Twitter profile. She became a nationally-recognized activist after the death of her father, Eric Garner, at the hands of the New York Police Department in 2014. “She was a warrior, she was a fighter and we didn’t pull the plug on her,” Esaw Snipes, Garner's mother, told the New York Daily News. “She left on her own terms.” She leaves behind two small children, including a son who was born in August, making Garner one of the many young Black women who pass away within a year of giving birth. And as we mourn her loss, we need to have a conversation about why maternal mortality disproportionately affects Black women in the U.S., and what can be done about it.

Black women suffer from more maternal mortality — death while pregnant or within one year of the end of a pregnancy due to complications — than any other population in this country. Risk factors like lack of quality healthcare, inadequate postpartum care, and chronic stress contribute to maternal mortality, all of which disproportionately impact Black women. The combination of institutionalized racism, chronic stress, and the physical stress of childbirth can be deadly, and some believe that this was the case for Garner, as it is for so many Black women in the United States.

According to the CDC, Black mothers die at three to four times the rate of white mothers. In other words, Black women are 243 percent more likely to die from pregnancy- or childbirth-related causes within the first year of giving birth. And those numbers only reflect the national average. In some parts of the country, Black maternal health outcomes are much worse. According to ProPublica, Black mothers in New York City, where Garner lived, are 12 times more likely to die than white mothers.

Garner gave birth to her second child in August. She named her son Eric, after her late father. Snipes told the New York Times that her daughter suffered her first heart attack after Eric Jr.’s birth, which alerted doctors to her enlarged heart.

Garner was reportedly under an enormous amount of stress after the death of her father. In an interview that took place just three weeks before her death, Garner told Benjamin Dixon of Like It Or Not With Benjamin Dixon, “Look at Kalief Browder’s mother. She died of a broken heart. She had heart problems ‘cause she kept fight for her son. Like I’m struggling right now with the stress and everything.”

Chronic stress on the body can have severe health implications. Arline Geronimus, a professor at the University of Michigan School of Public Health, calls the negative consequences of stress on the body “weathering.” According to Geronimus, weathering causes “a lot of different health vulnerabilities and increases susceptibility to infection” and "early onset of chronic diseases, in particular, hypertension and diabetes.”

In 2010, Geronimus and her team found that weathering was changing the biology of Black women. Due partially to stress and poverty, “at ages 49–55, Black women are 7.5 years biologically ‘older’ than white women.”

“It’s chronic stress that just happens all the time — there is never a period where there’s rest from it, it’s everywhere, it’s in the air, it’s just affecting everything,” Fleda Mask Jackson, an Atlanta researcher and member of the Black Mamas Matter Alliance who studies disparities in birth outcomes, told ProPublica.

Black women aren’t invisible. We can’t be expected to lead revolutionary movements, raise families, face violence and racism without it impacting our bodied and spirits. Erica’s death is proof of that. It’s been time to start showing up for and protecting Black women. Instead of simply "thanking" Black women, honor Erica’s legacy and the lives of all the other Black women whose names you’ll never know by advocating for racial justice.