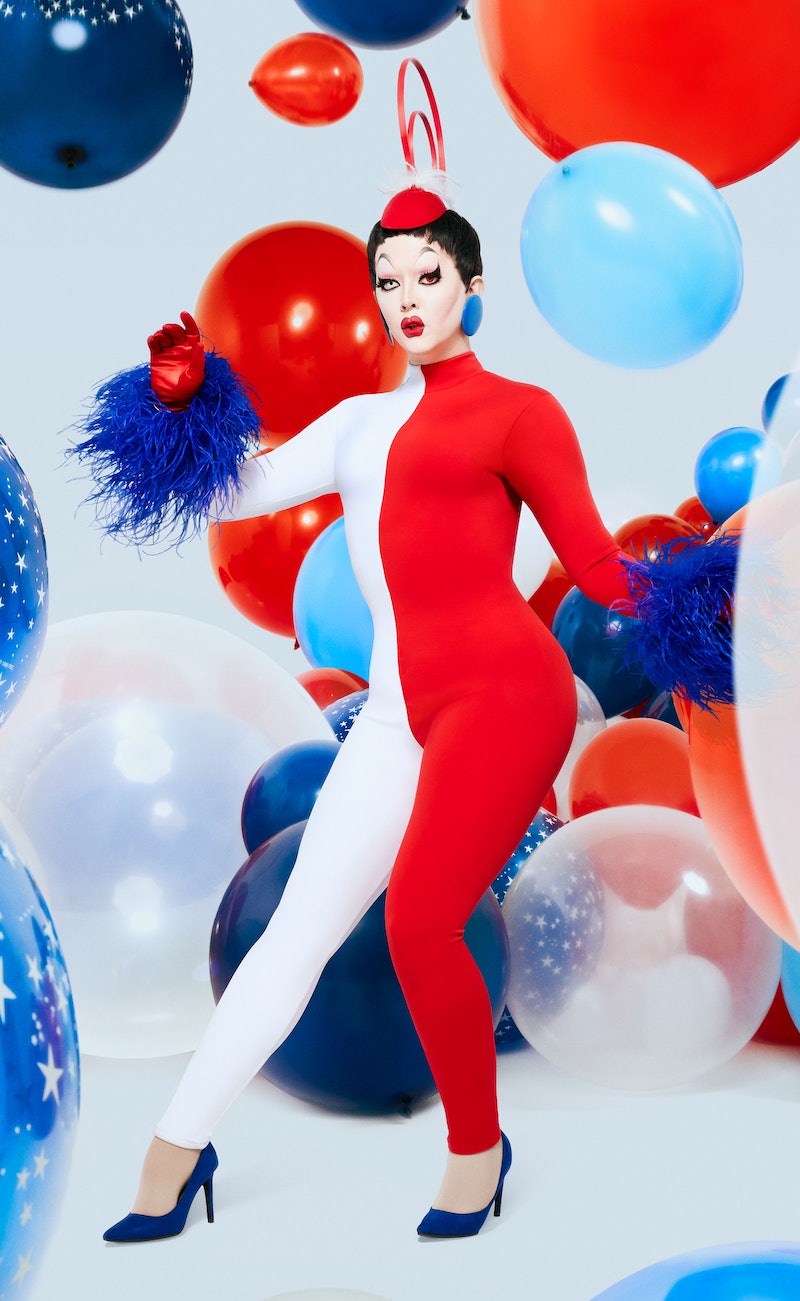 The phrase "silent but deadly" perfectly describes Season 12 Drag Race queen Aiden Zhane. She made her debut during the March 6 episode, and as she said during her intro, she's ready to "slaughter the competition" — even if the other queens are skeptical of her talent.

As someone from "backwoods" Georgia where there's no drag scene, Aiden is inarguably the least experienced Season 12 queen. She's the only one who still works a day job, and when Sherry Pie asked her how many drag gigs she normally has, she replied with a laugh: "None a week."

That raised red flags for the other contestants, but you shouldn't be so quick to underestimate Aiden. As we've learned from past seasons, there's nothing wrong with a quiet queen — one who keeps her talents hidden until it's time for them to shine. That's what Kameron Michaels did in Season 10, and it worked. She made it to the Top 3.

Sure, Aiden could be categorized as "shy" compared to her boisterous castmates, but she didn't shrink back from the first Bob Fosse-themed maxi-challenge. Her lip-sync was impressively Broadway-esque, and one lyric claimed she has "multiple personalities," which makes sense, as we've already seen a few. "Aiden might be creepy, but she is also colorful and fun," Aiden said during the display of her bright spring runway look. Having a lot of tricks in her bag will work to her advantage.

Aiden also has a spooky, unconventional drag look, which worked well for Season 11 winner Yvie Oddly. Her Instagram is full of horror film references: a red carpet gown inspired by The Shining, a Curse of the Mummy makeup look, and lots of black contact lenses. She could, quite literally, be Season 12's dark horse.