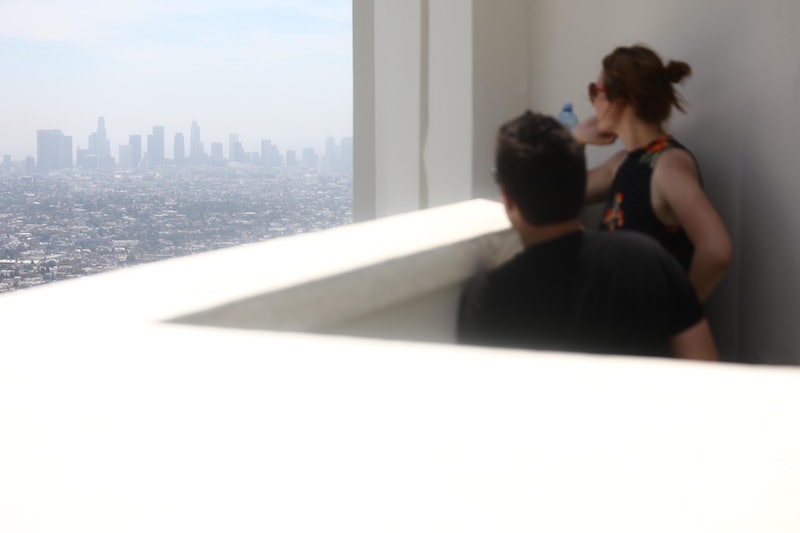 While there's no doubt the city I call home ⁠— Los Angeles ⁠— is beautiful, it's also the filthiest place I have ever lived, regularly topping poor air quality lists. My weather app alerts me that the air quality is unhealthy several times a week, and a mysterious black film coats every surface near an open window. The other day, as I wiped the dirt off the kitchen counters, I commented to my roommate that I wouldn't be surprised if the air pollution is as bad as smoking a pack of cigarettes a day. As it turns out, I was right.

In a new study published in the Journal of the American Medical Association, researchers studied the long-term effects of exposure to air pollution in more than 7,000 people in six major U.S. cities ⁠— ⁠Baltimore, Chicago, Los Angeles,  New York City, St. Paul, Minnesota, and Winston-Salem, N.C. What they found is troubling. Long-term exposure to ambient air pollutants is associated with an increased risk of emphysema akin to that of a regular smoker.

"These findings may offer one explanation for why emphysema is found in some people who never smoked," Dr. James Kiley, Ph.D., director of the Division of Lung Diseases at the the National Heart, Lung, and Blood Institute, which partially funded the study, said in a press release. "The study’s results, duration, and timing offer insight into the long-term effects of air pollution on the U.S. population."

The American Lung Association's annual report of cities in the U.S. with the worst air pollution noted that four in 10 people live in counties "where they breathe unhealthful levels of air pollution in the form of either ozone or short-term or year-round levels of particles."

What's more, more than 3 million people living in low-income areas also live in counties that received an F in all three major air pollution tests. And evidence shows that low-income communities may face higher risk from air pollution than the general population.

"This increase in unhealthy air is eye-opening, and points to the reality that the nation must do more to protect the public from serious, even life-threatening harm," American Lung Association President and CEO Harold Wimmer said in a press release. "There is no clearer sign that we are facing new challenges than air pollution levels that have broken records tracked for the past 20 years, and the fact that we had more days than ever before when monitored air quality reached hazardous levels for anyone to breathe."

In the JAMA study, one of the most significant risks for emphysema was found to be exposure to ground-level ozone. According to the American Lung Association, ozone pollution causes a "sunburn of the lungs." And inhaling ozone pollution can cause shortness of breath, coughing, asthma attacks, and even early death.

While you can't entirely eliminate your exposure to air pollution, the American Lung Association lists several things you can do to reduce it. Check air pollution levels in your area daily, and avoid exercising outside when those levels are high. Don't smoke, especially indoors. You can also invest in a high quality air purifier for inside of your home.

In addition, do you part to reduce air pollution by participating in the Alternative Travel Project. Started by Absentia actor and activist Stana Katic, the effort encourages people to go car free for one day to help reduce their carbon footprints. If you are able, walk, bike, or choose public transportation instead of driving your car. You can also ask your boss if you can telecommute one day a week.

While it might not seem like one person can make a difference, if everyone decided not to drive for one day, it would prevent more than 3.5 million metric tons of carbon dioxide from being released into the air, the environmental website Green Is My Thing reported. We've only got one planet to live on, and air pollution is something we can actually do something about. If everyone does a little, we can change a lot.

More like this
The Summer Solstice Spiritual Meaning, Explained
By Jessica Booth and Brittany Beringer
6 Abortion Advocates To Follow On TikTok
By Sara Youngblood Gregory
How To Protect Your Digital Privacy If You Need An Abortion Post-Roe
By Kaitlyn Wylde
13 Summer Solstice Quotes To Celebrate The Longest Day Of The Year
By Sadie Trombetta
Get Even More From Bustle — Sign Up For The Newsletter