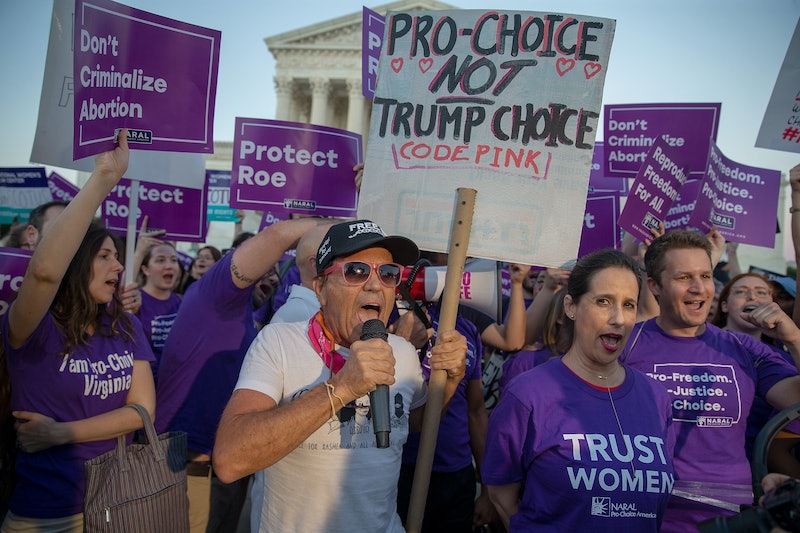 Several states have drafted more restrictive laws about abortion with the hopes that a more conservative Supreme Court will uphold them. But on Wednesday, August 22, one of those laws was blocked. The 11th U.S. Circuit Court of Appeals in Atlanta blocked a law in Alabama that would have effectively banned second-trimester abortions — the most common method of abortion, Reuters reported.

The court did this by upholding a permanent injunction that blocked the southern state from enforcing a 2016 law that criminalized the dilation and evacuation procedure, known as a D&E, Reuters reported. On Wednesday, Chief Judge Ed Carnes — a President George H.W. Bush appointee — upheld a lower court’s decision, saying that the law imposed an “undue burden” on the right to abort a pregnancy. The "undue burden" standard came from the 1992 case Planned Parenthood v. Casey. In the Alabama case, the judges found that alternative methods to the D&E procedure for second-trimester abortions were both unsafe and unavailable, which they found constituted an "undue burden" to access abortion care.

“Today, the court told Alabama politicians they can’t disregard a woman’s health and decision-making in favor of their ideological agenda,” Randall Marshall, executive director of the ACLU of Alabama said. “This ruling ensures that doctors can continue to use their best judgement to provide the care that is right for their patients.”

Still, the decision to block the Alabama law didn’t come without strings attached. The National Review reported that Carnes opened his opinion by criticizing the Supreme Court’s jurisprudence surrounding abortion.

With the potential confirmation of Donald Trump’s Supreme Court appointee, Brett Kavanaugh, many worry that Roe v. Wade and the right to abortion could be on the chopping block. The wording of this decision’s criticism could hint at what’s to come with a more conservative Supreme Court.

With that said, The Birmingham News reported that the appeals court’s decision said:

In our judicial system, there is only one Supreme Court, and we are not it. As one of the 'inferior Courts,' we follow its decisions... Our role is to apply the law the Supreme Court has laid down to the facts the district court found.

The Alabama abortion law was originally blocked back in October by U.S. District Judge Myron Thompson. He said that the law would basically ban abortions after 15 weeks in the state of Alabama, Reuters reported. The law was kicked up to the circuit court of appeals for a decision after the state appealed the October ruling. After the three-judge panel ruled unanimously against the Alabama law Wednesday, the Alabama State Attorney General Steve Marshall gave a statement to The Birmingham News:

I am disappointed that the 11th Circuit sided with the lower court in this case, but it is encouraging that the court recognized the State's important and legitimate interests in ending barbaric abortion procedures.

With Kavanaugh’s confirmation hearing looming, the conversation about abortion is heating up in courts and every word in every decision seems to matter more.