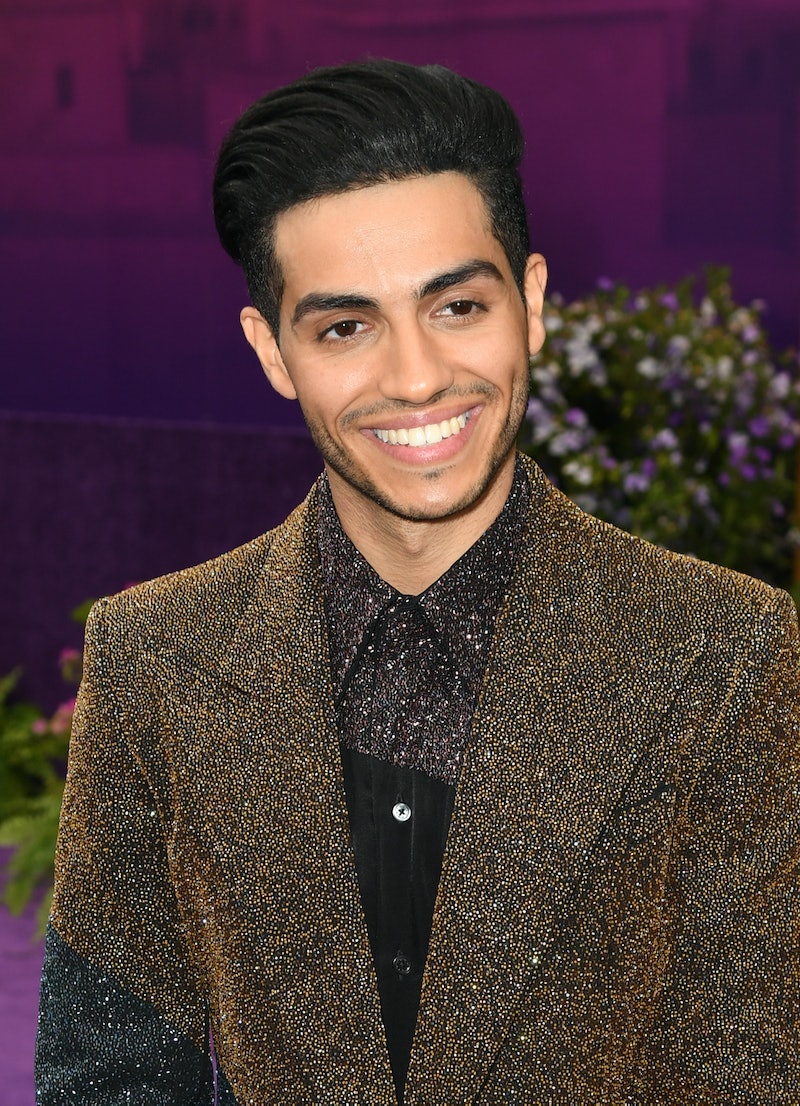 Hilary Duff is the name on everyone's mouths these days. First, Billie Eilish admitted that she had no clue who the iconic star was. Now, another burgeoning young star is admitting that he used to crush on Duff very hard back in the day. Aladdin star Mena Massoud admitted that Hilary Duff was his first celebrity crush, and it's truly the best Disney-related thing you'll hear today.

Massoud stopped by BuzzFeed and participated in a round of "First Times," a video segment in which he dished about everything from his first kiss to his first bad haircut. But obviously, his first celebrity crush was way more juicy. And, as it turns out, completely Disney-approved.

"Oh gosh, there's so many good ones," he said in the video, posted on Wednesday, June 5, before concluding the most obvious and appropriate answer. "Hilary Duff! I used to watch Lizzie McGuire." But, like many schoolboys and girls do with their first crush, he went a little bit further than just watching the legendary show. "I asked for her Christmas CD [Santa Claus Lane] one Christmas, and I got it. I may have kissed the CD with her face on it," he shyly admitted. "Sorry, if I ever meet you, Hilary."

We're sure she wouldn't mind being admired by Aladdin himself. At the very least, it's likely a better feeling than Eilish having no idea who Duff or her legendary character Lizzie McGuire are.

However, if Massoud still had any hope of getting together with Duff in real life, his time has sadly run out. Duff is currently happily engaged to singer-songwriter Matthew Koma, who produced songs off her latest studio album Breathe In. Breathe Out., including the amazing "Confetti." The couple welcomed their first daughter, Banks Violet Bair, back in October 2018, so Duff is definitely and deservedly off the market.

Along with dishing about his first celebrity crush, Massoud also dished to BuzzFeed about the first celeb he actually met, and it was none other than his Aladdin co-star, Will Smith. "This is a hard one because I meet celebrities a lot but I don't know who they are," he revealed, with a guilty expression on his face. "I grew up in an Egyptian household so I'm not very cultured in that way. I think it's Will, it has to be Will Smith, which is a pretty good one to begin with."

Ironically, Will did not recognize him the first time they had met on the Aladdin set. "It was during prep. I came up to him, I said hello but I looked like one of the dancers because we were doing dance rehearsals, so he didn't know who I was. So he was like, 'Oh, hey, what's up?'," Massoud revealed of their first encounter. "I thought it was very weird the way he reacted, and then I walked away and I was like, 'Oh, I didn't tell him who I was.' So I went back and I was like, 'Oh, by the way, Will, it's Mena Massoud,' and he was like, 'Oh, Mena, what's up?' and his reaction totally changed."

He ended his tale with a word for the wise. "Make sure you always use your name when you introduce yourself to people, but I was nervous." Here's hoping if he ever meets Duff in person, he'll be able to remember to introduce himself properly.