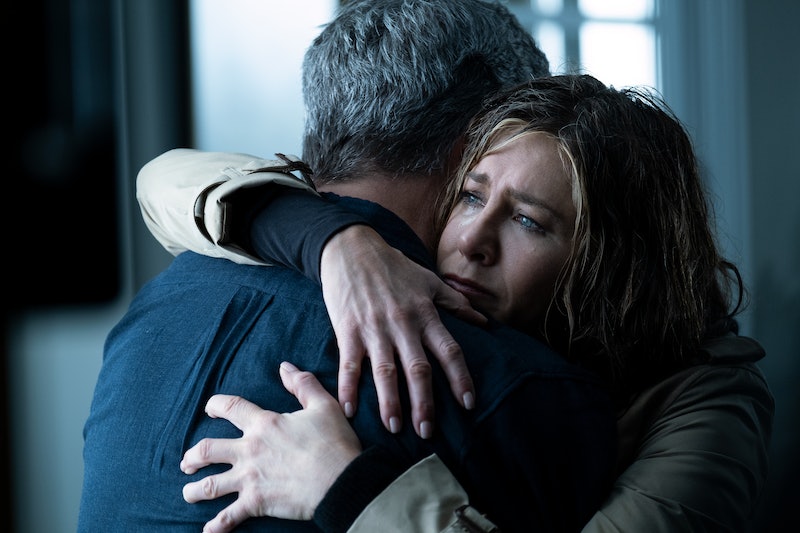 Of the spate of AppleTV+ shows hitting the new streaming service on Friday, The Morning Show undoubtedly rings closest to real life. Not only is it the only series set in present day, but it grounds itself firmly in the #MeToo movement that took hold in Hollywood in 2017 and has been at the forefront of cultural conversation since. It opens with the firing of Mitch Kessler (Steve Carell), a prominent morning news anchor, following a sexual misconduct investigation. His co-anchor Alex Levy, played be Jennifer Aniston, is then left to pick up the pieces.

The character feels like an obvious parallel for Ann Curry, who worked alongside Matt Lauer on the Today show for 15 years and exited in 2012 — one year after joining him on the anchor desk and five years before he was fired amid reports of sexual misconduct. (Lauer apologized for his actions in a statement read on Today at the time, but said not all of the allegations were correct.) Alex could also be an assumed stand-in for Savannah Guthrie, who replaced Curry alongside Lauer, was the one who announced his firing, and remains an anchor on the show today. However, according to Aniston, who is also an executive producer on the series, all of the characters on The Morning Show are fictional. Instead, she told Variety that the story is "highlighting aspects of the archetype of a charming narcissist, of a generation of men that didn't think that was bad behavior."

Still, Aniston did look to real journalists to prepare for the role. As she explained to the New York Times, she spent a significant amount of time behind-the-scenes of Good Morning America with Diane Sawyer. And per Variety, she also "grilled" Willie Geist and Gayle King about their early morning routines. When asked by the outlet what other journalists she based Alex on, Aniston replied simply "all of them."

Plus, even though Alex is fictional, her story exposes a number of real-world truths. "What's so wonderful about doing this show is that it is so unapologetically honest in terms of topics and the situations," Aniston told Variety. "It's showing how things are said behind closed doors during #MeToo, that no one else has the balls to say in front of the world."

In the Morning Show trailer, Alex does do a lot of screaming (in private), but she seems to channel that frustration into a reclamation of power. The climax of the clip comes when she faces a boardroom full of executives who think that because she's over 40, she's passed her "sell-by date," and tells them she's let them run things for too long. Now, it's her turn to call the shots.