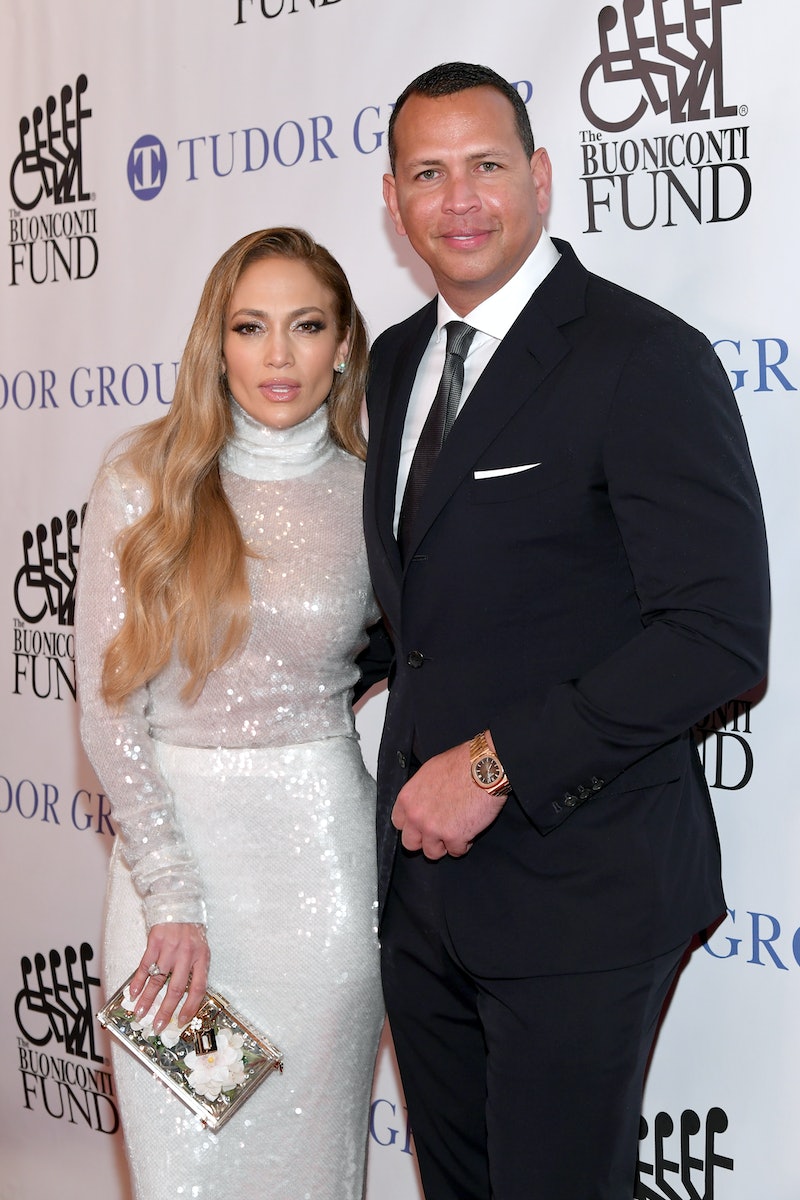 Why did it take so long for Jennifer Lopez and Alex Rodriguez to get together? The two superstars are essentially the perfect match. They're both self-made New York natives with kids around the same age. They just make so much sense, on paper and off. Back in the day, Rodriguez actually predicted Lopez would be his "dream date" during an interview. And clearly, he was on to something way back when.

On Tuesday, June 4, MLB Network shared a throwback clip of the young baseball player. An off-camera interviewer asked, "What would a dream date with Alex Rodriguez be?" Without hesitation, he responded, "Jennifer Lopez. Hopefully you could find me a date with her." MLB Network even captioned the video, "@arod always knew." Yes, he did. Talk about destiny.

According to a June 5 People article, the interview snippet is from 1998, meaning that A-Rod was just 23 at the time. The former New York Yankees player even reposted the video and wrote, "I just had a feeling." Seriously. Psychic, much?

Who doesn't love J. Lo, though? Rodriguez probably wasn't the only person to envision the triple-threat as his dream date, but it's such a full-circle moment now that they are currently engaged. As Lopez once sang, "Ain't it funny?"

And of course, J. Lo herself couldn't help commenting. She wrote to her now-fiancé, "OMG... I love this too much," along with some red heart emojis. He responded, "When you know, you know." Seriously though. Nearly 20 years later, the two of them started dating and soon enough they'll be married.

A-Rod wasn't joking when he said that J. Lo was his dream date. He was such a big fan of hers that he got a signed photo of the superstar in 1998, and he actually still has it. Talk about devotion. In October 2018, Alex shared a photo of the autograph on Instagram.

And after many years of crushing on J. Lo, she's finally on the same page as the retired baseball player. In an April 2019 appearance on the SiriusXM radio show Morning Mash Up, the "Jenny From the Block" singer admitted that she was initially skeptical about a marrying former MLB star. She confessed, "I was very wary after everything I've been through." Without detailing her entire romantic history, Lopez has had some very public relationships.

The mother of two shared even more about her mindset approaching the engagement. She divulged,

"I was just sussing it out until then. I was like, 'I don't know, maybe yes, maybe no, I really love [Alex], I like him.' Everything seemed almost too perfect too soon, so I was like, 'Wait, what's happening?'"

Maybe it was just actually perfect. Ultimately, J. Lo concluded, "When it happened, I think it was the right time— we knew." As did the entire world.

The duo started dating in 2017, with J. Lo confirming they were officially together for two years in a February 2019 Instagram post about their anniversary.

After a seemingly drama-free courtship, Rodriguez popped the question in March 2019 while they were on a beach.

They haven't shared any details about when or where they'll get married yet, but one thing is very clear: These two were always meant to be together.