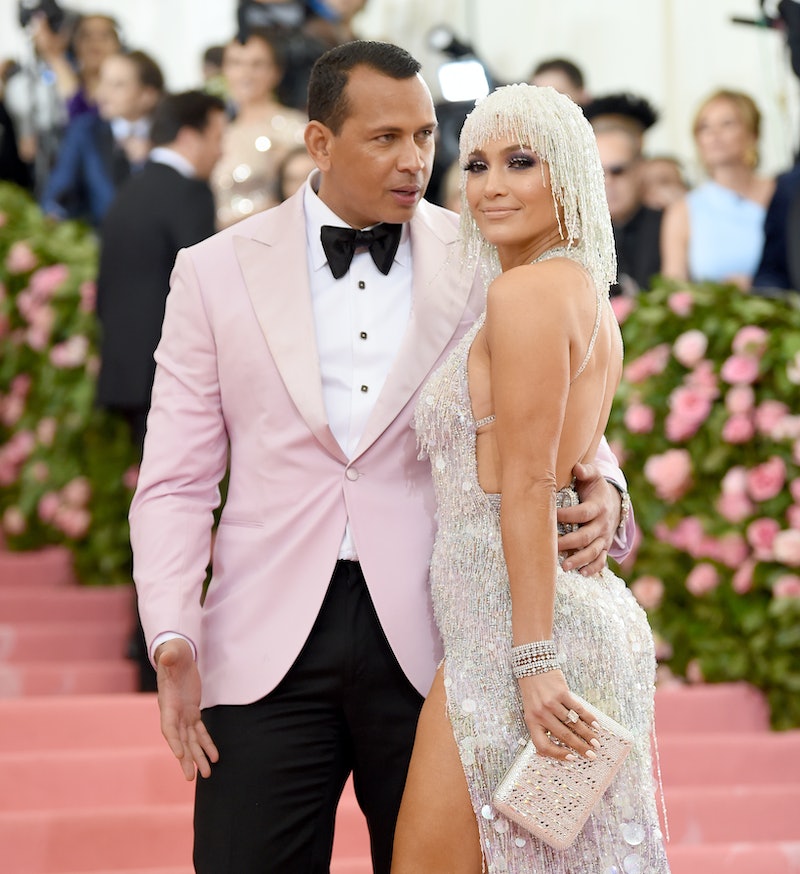 Alex Rodriguez and Jennifer Lopez continue to be in perfect harmony, even on days when the singer feels off-key. A-Rod consoled J.Lo after a challenging concert, which was on full display in volume one of Lopez's It's My Party Tour Diary. After an emotional few shows in San Jose and Las Vegas, Lopez leaned on her fiancé for support following health issues.

The "Dinero" artist is currently on a 25-city tour in celebration of her 50th birthday. It began in Los Angeles on June 7, and will end in Miami on July 25, the day after Lopez's 50th birthday. And the mogul is documenting an authentic look at her tour experience, as her first tour diary illustrates.

In the video, shared to her official YouTube channel, Lopez faces several health concerns, including congested sinuses and an onstage incident where she hit herself in the face with a microphone, resulting in blood and a bruise. "It was a tough show for me," Lopez told her team and Rodriguez, who was waiting offstage. However, the former baseball player insisted, "It was the best show I've seen so far." He continued to hype up the performer by adding, "It was Saturday night in Vegas and you guys killed it. And you showed why you're a champion, baby. Every time I see the show it keeps getting better and better and better." Go ahead and "aww," you know you want to.

Lopez responded, "Thank you, Papi," which instantly feels iconic. Still, the singer, who completed her Las Vegas residency in September 2018, prior to touring for the first time in seven years, said she wasn't happy with herself. "But wait, I don't know what you're talking about," Rodriguez replied. "Your voice was the best I've ever heard it! Babe, when you held that note, are you kidding me? And your voice… by the way, you've never sounded better."

Rodriguez continued to comfort a tearful Lopez, cradling her face as he said, "Look, I've seen the show—if I paid $5,000 I got every cent worth of whatever I paid...I for sure thought you were gonna come back and say, like, 'My best show. It was by far the best show.'" Later the entrepreneur added, "When I walked in the building, from the parking lot to security, I had 30 people come up to me and say she killed the show… I'm so proud of you."

After the "On the Floor" singer worried that dizziness caused her to make choreography mistakes, Rodriguez calmed her by saying, "Nobody's looking at steps. People are looking at how beautiful you are and how great you sound."

Soon, the video shows Lopez confiding to longtime manager Benny Medina, "Alex said it was the best show he'd ever seen. That's why I love him and I'm gonna marry him. Whether he wants to or not, we're getting married. We're getting married forever."

Soon, Lopez is heading to Phoenix for her next show, reassured by Rodriguez, who she got engaged to in March. And this video makes one thing very clear: Rodriguez certainly knows how to give a pep talk to his "Jenny from the Block."

More like this
Britney Has Been Granted A Restraining Order Against Her Ex-Husband
By Bustle Staff
Sadie Sink Would Escape Vecna From 'Stranger Things' With This Taylor Swift Song
By Grace Wehniainen
What Is Ariana Grande's Net Worth? When It Comes To Money, She Has No “Problem”
By Hugh McIntyre
Lily Allen Was “Quite Emosh” After Performing Sober At Glastonbury Festival
By Stephanie Topacio Long
Get Even More From Bustle — Sign Up For The Newsletter