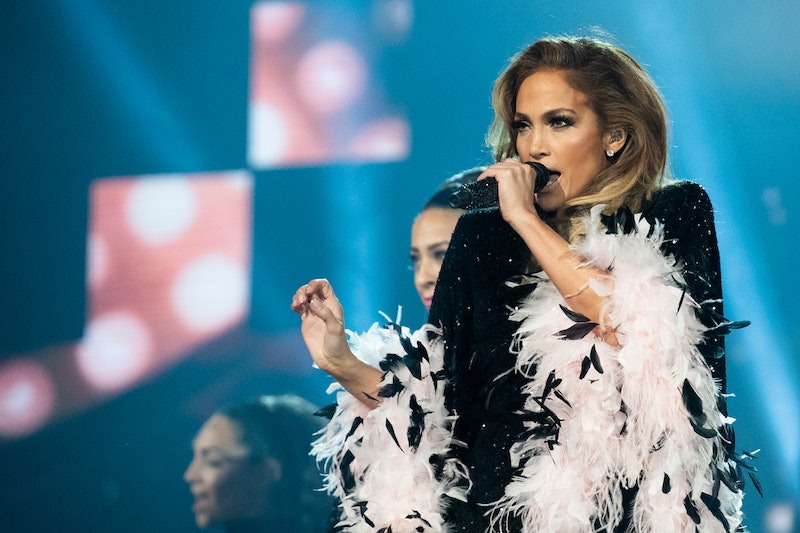 Jennifer Lopez is a performer of all trades. Whether singing & dancing through her Las Vegas residency, starring in big screen rom-coms, or casually getting engaged to A-Rod, vacation is not in J.Lo's vocabulary. Next up for the multi-hyphenate star is her upcoming North American tour, It's My Party, which begins in June. Yes, J.Lo announced her tour and here's how to get tickets so that you can get loud. Tickets for the general public will go on sale on Live Nation at 10 a.m. local time on Friday, March 29. American Express Card Members can purchase beforehand beginning Tuesday, March 26 at 10 a.m. through Thursday, March 28 at 10 p.m. So, there's still some time for your plans to get right (ok, we'll stop).

The tour will hit 25 cities this summer from Los Angeles on June 7 to Miami on July 25, the day after Lopez's 50th birthday. What better way to ring in her big day than by sharing some of her most iconic music with fans? The Live Nation-produced tour/all-summer-long celebration is destined to give fans a little bit of everything. "Fans can anticipate a signature Jennifer Lopez show each night - the It’s My Party Tour will feature a nonstop party mix of Jennifer’s new and classic anthems, showstopping choreography and dancers, dazzling wardrobe, jawdropping technology and set design, and all of the glamour and wow-factor fans have come to expect of Jenny from the Block," per a press release. Is this tour a birthday present for Lopez or her fans?!

Lopez is clearly excited to announce her upcoming dates, taking to her Instagram Friday to share the news herself. She posted a video of her humorously spacing out during a tour meeting with her team, before clips of her performing, and the proclamation that, "This is gonna be the tour of the summer." After Lopez's career of thrilling dance numbers, costume changes, and catchy songs: we're inclined to believe her.

Lopez captioned the post, "It’s my party!!!! Let’s sing and dance the night away!! I can’t wait to celebrate my birthday with all of you on tour this summer info in bio. #JLOItsMyParty 🎈#summertour#birthdaytour#itsjustapartybaby."

It turns out that Lopez has a lot to celebrate these days. In addition to her newly announced tour, she will also be starring in the upcoming movie, Hustlers, sharing the screen with stars including Cardi B and Riverdale's Lili Reinhart. Plus, just weeks ago, Lopez acquired a spectacular ring and fiancé in that of former baseball player Alex Rodriguez. It seems Lopez is doing a victory lap this summer before she begins wedding planning.

Considering that Lopez has sold over 75 million records worldwide since her debut album in 1999, the set list will be full of hits. Speculation is sure to abound about which era Lopez will sing most from whether it's Jenny on the Block or her more modern music. But her mix of genres in addition to this being her first ever US headlining tour is raising the stakes for these shows.

With Lopez's upcoming tour looming, you should definitely act fast to snatch up your own tickets soon.