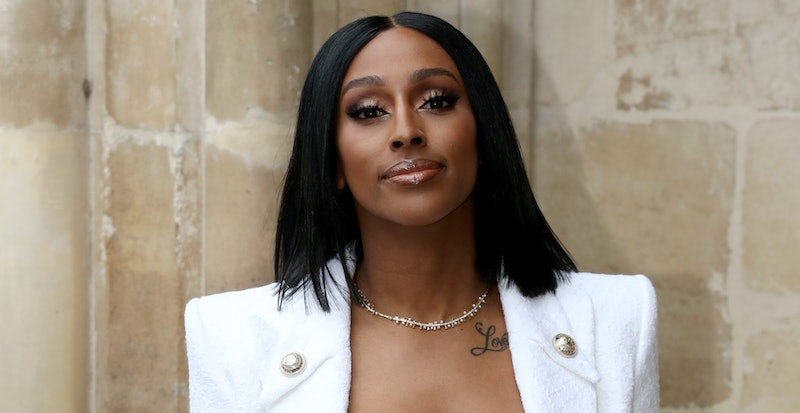 Over the last few weeks actors, musicians, and other big names have spoken up about the racism they’ve experienced at work and from the British press. Misha B, Keisha Buchanan, and Leigh-Anne Pinnock are just a few of the Black musicians who have opened up about the racial discrimination they’ve faced. In a video entitled Speak Up - Speak Out singer Alexandra Burke detailed some of the racism she'd faced during her career. Burke revealed that after her 2008 X Factor win she had been told to bleach her skin and that she would be more successful if she was white. In the 15-minute clip on her Instagram, the artist shared how she was accused of playing the victim after her mother died, given incredibly harmful advice after she won X Factor, and was portrayed as a"drama queen" during her time on Strictly Come Dancing.

Burke explained the profound impact the racism she’s experienced at the hands of the music industry and press has had on her career and mental health. “To be told all the time that because you’re a Black girl you won’t really make it that far in the industry, if you were white you’d be bigger than what you are right now, you’d be a Brit Award winner, but because you’re Black that hasn’t been for me,” said Burke.

Burke won the fifth series of X Factor in 2008 and has gone on to top the charts with “Hallelujah”, “Bad Boys”, and “Start Without You.” In the video on her Instagram she explained that she appeared on the show twice, the first time when she was 16. She said a judge had told her they’d sign her once she left the show but after she reached out they said, “I already have one black artist, I don’t need another." Burke said of the comment: "And I still have to take that in even now.”

After she won, at 19 years old, she said she was told, “because you’re black you’re going to have to work 10 times harder than a white artist, because of the colour of your skin. You can't have braids, you can't have an afro.”

“I got told to bleach my skin and that was something I refused to do. Still to this moment it breaks my heart that I was told to do that.”

The MOBO Award winner also touched on her time on Strictly Come Dancing in 2017. She came joint second on the show but said that throughout her time in the competition she was portrayed as a “drama queen” by parts of the British press. Burke revealed that on the morning that it was announced that she’d take part in the show her mother, Soul II Soul singer Melissa Bell passed away. A journalist said she was “being a diva" when she expressed she didn’t want to do publicity.

“I was so scared on that show, because if I spoke out, she’s playing the victim card. If I was happy, how come she’s so happy, she’s just lost her mum … I was getting so many trolls.” Burke said she was represented this way “because of me being a black, strong woman”.

Burke explained that Misha B’s story encouraged her to share her own and that she hopes people feel inspired to share their stories and their truth.