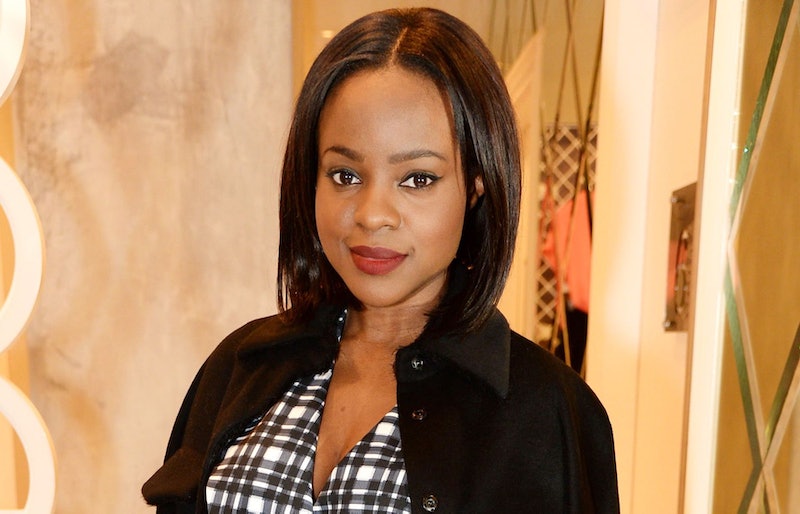 In a powerful video uploaded to her YouTube channel, Sugababes’ Keisha Buchanan recently opened up about her experiences of being labelled as the "angry black woman" in the group and the continuous cycle of racial profiling she experienced during her time in the pop industry.

In the past few weeks, celebrities such as Little Mix's Leigh-Anne Pinnock, singer-songwriter Jamelia, and former Spice Girl Mel B have come forward to highlight the pervasive racist behaviours they have witnessed and experienced while working in music, and now Sugababe member Keisha Buchanan has decided to speak out about similar topics and explain of the importance of the Black Lives Matter movement.

“Had we all spoken up before, there’s a possibility that we would be labelled angry, aggressive; that we would lose our jobs, that people would just look at us as combative when that’s not what we were ever trying to do,” Buchanan said in her video. She added: “How can ‘All Lives Matter’ when Black lives don’t matter?”

Raised by Jamaican parents in central London, Buchanan used to “think that racism was when someone directly looked at you and called you a racist word.” It wasn’t until her experiences in the public eye that she realised “that there were so many different ways that people can be racist or prejudiced.”

A founding member of the girl group, Buchanan (who was 16 at the time the Sugababes began to gain popularity) quickly came to realise how toxic the media could be — especially when the group experienced a fallout. “When a member would leave, it was on a salty note,” she said. “That experience would then be written up in a way to make myself and Mutya [Buena] look aggressive, look like bullies.”

After a while, Buchanan thought no one would believe that she’d never bullied anyone due to how journalists would spin petty arguments into meltdowns. Buchanan would go on to leave Sugababes in 2009.

“I never thought in a million years that by pursuing my dreams that it would ultimately change who I was as a person,” the singer explained in her video, which was uploaded on Jun 9. “I didn’t realise I would be having to go through therapy to help me to cope with some of the trauma that I have experienced while being in the public eye.

“It’s always been in favour of the white girls,” she added. “I wasn’t allowed to be upset, I wasn’t allowed to have opinions.” The pressure of living under that much “scrutiny and judgement” led Buchanan to develop depression, which still affects her to this day. “All of that stems from lies that were told, injustices that were happening around me — injustices that are still happening to this day.”

By explaining her side of the story, Buchanan hopes that this video will get people thinking. “Because this is my legacy, this is my character, and it’s unfair,” she said. “The scrutiny, the bullying, the judgement, has actually left me fragile, questioning my own judgement. I want people to see me for me, faults and all. I want people to make a judgement on that and not what they perceive based on the colour of my skin.”